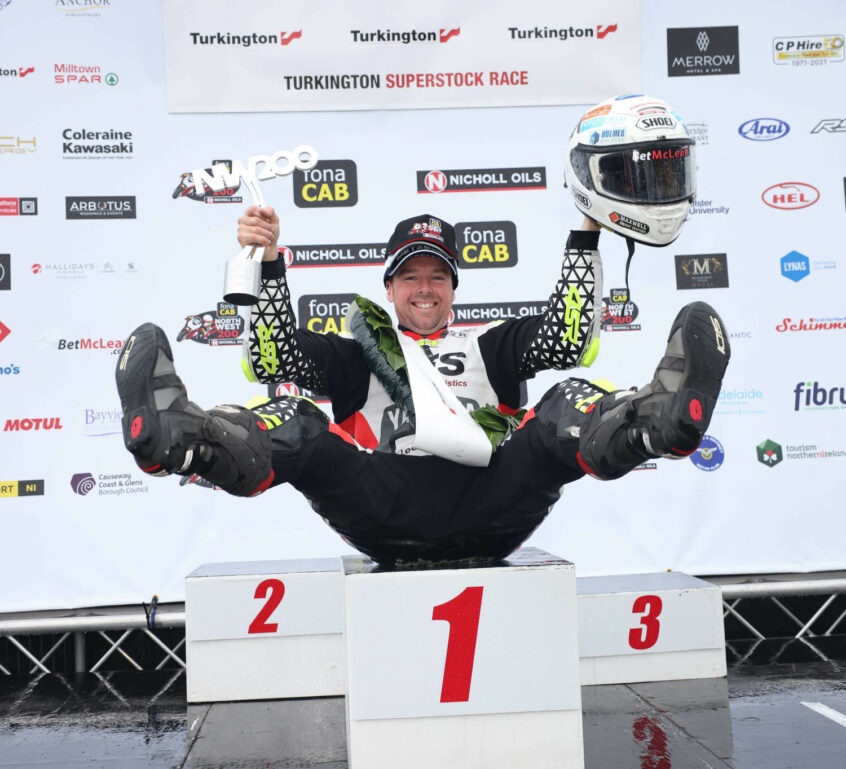 Alastair Seeley got back to winning ways on the north coast as he claimed his 25th and 26th victories around the 8.9 mile Triangle circuit in the Strain Engineering Supersport and Turkington Superstock races on his IFS Yamahas during a wet opening night of action at the 2022 fonaCAB and Nicholl Oils North West.

With rain falling and the roads soaking wet as they closed at 5pm on Thursday, the organisers announced there would be two sighting laps ahead of the opening Supersport six lapper. Unfortunately, the race was red flagged shortly after the leaders started their second circuit when an incident at Magherabouy chicane left debris on the track. The rider was uninjured.

The re-run was cut to four laps as Seeley (IFS Yamaha) and Davey Todd (Milenco Padgett’s Honda) swapped the lead throughout the first three laps before Seeley broke clear on the final circuit to take the chequered flag by almost two seconds from Todd with veteran Jeremy McWilliams a brilliant third in his first race on the Burrows/RK Racing Yamaha.

“Flipping hell, you couldn’t have any worse conditions.” Seeley said.

“It was cold, wet and freezing but fair play to the IFS boys as they gave me a good Yamaha. I didn’t think I had the legs on

Davey as he was stronger towards University but heading to Portrush we had a little bit more and I think experience showed.”

Todd had got caught up in a battle with McWilliams on the final lap.

“That last lap was hectic but it was always going to be a tight race.” the young Englishman, who won his first major road race at the 2019 NW200, said.

“This bike that Clive (Padgett, team owner) has built is a rocket so I knew I had to wait to make my move on Seeley on the last lap but on the second last lap he sat me up into Juniper and I lost some time. I still knew I had some pace in the locker.” Todd’s plan was thwarted by McWilliams who made his move at York on the final lap.

“We both lost the tow.” a disappointed Todd explained.

“Second will do today although I felt I could have won this evening.”

McWilliams was delighted with his podium result in the difficult conditions.

“I knew when the conditions were like that that we had the chance of a podium. You have to grab it with both hands because you don’t get the chance to stand on the podium at the North West 200 very often.”

“That was one for the team who have worked so hard this week.” he said.

Conditions were even worse for the Turkington Superstock race which run over its full six lap distance. Pole setter, Glenn

Irwin didn’t come to the line with Michael Dunlop, James Hillier, Lee Johnston and John McGuinness also opting to sit out the race as Seeley enjoyed a start to finish victory on his IFS R1 Yamaha from Davey Todd and Richard Cooper on the Buildbase Suzuki.

“It was like a winter’s day out there.” Seeley said.

“It was slippy, wet and cold and there wasn’t a lot of grip.” Struggling in the deteriorating conditions, Seeley was surprised Todd didn’t make a similar challenge as he had in the Supersport clash .

“I had a few slides and a few moments because the bike was spinning in sixth gear.” Seeley said.

“I was searching for grip everywhere and it was nice to see the gap on the board creeping up. Seeing ‘Plus 8’ on the last lap smoothed everything out and I just brought her home.”

“Alastair went from the word go this time and I had no answer for him.” he said.

“The Padgett’s team gave me a great bike again but the conditions were very slippery and it was quite a handful on a big bike. It was probably the most slippy I remember around here but I’m happy with another second and another podium.”

Richard Cooper was runner-up in the Saturday Superstock race in 2019 on the north coast and the former British champion picked up where he left off before settling for third place behind Todd after getting tangled with a backmarker in the closing stages of the race.

“I tried to go with Davey but I lost the tow after getting caught behind the backmarker.” Todd, who is still recovering from a serious leg injury in a BSB crash during 2020.

“The conditions were just too sketchy to try and catch him up again.” he said.

“I haven’t done much racing lately so it is a good start to our week here and hopefully there will be more on Saturday.”

The evening’s action was brought to a premature end as the organisers cancelled the Milltown Service Station Supertwins race in the deteriorating conditions.

“With failing light and a lot of surface water on the track it would not be possible to complete the two sighting laps and a four lap race by 9pm when the roads must be re-opened.” they said.

The action will resume on Saturday with a five race programme, including two Superbike events, with the roads closing at 9.15am. 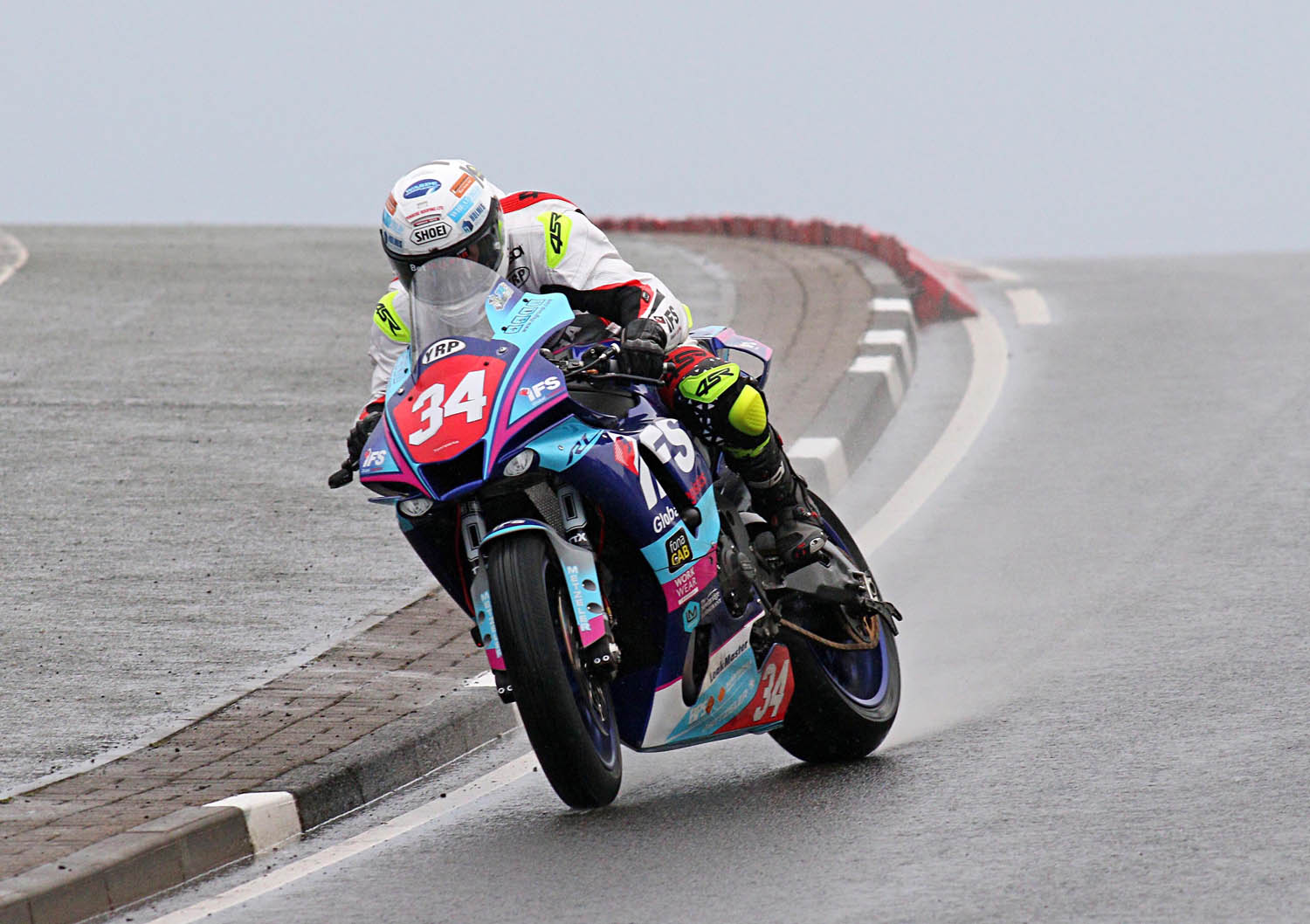 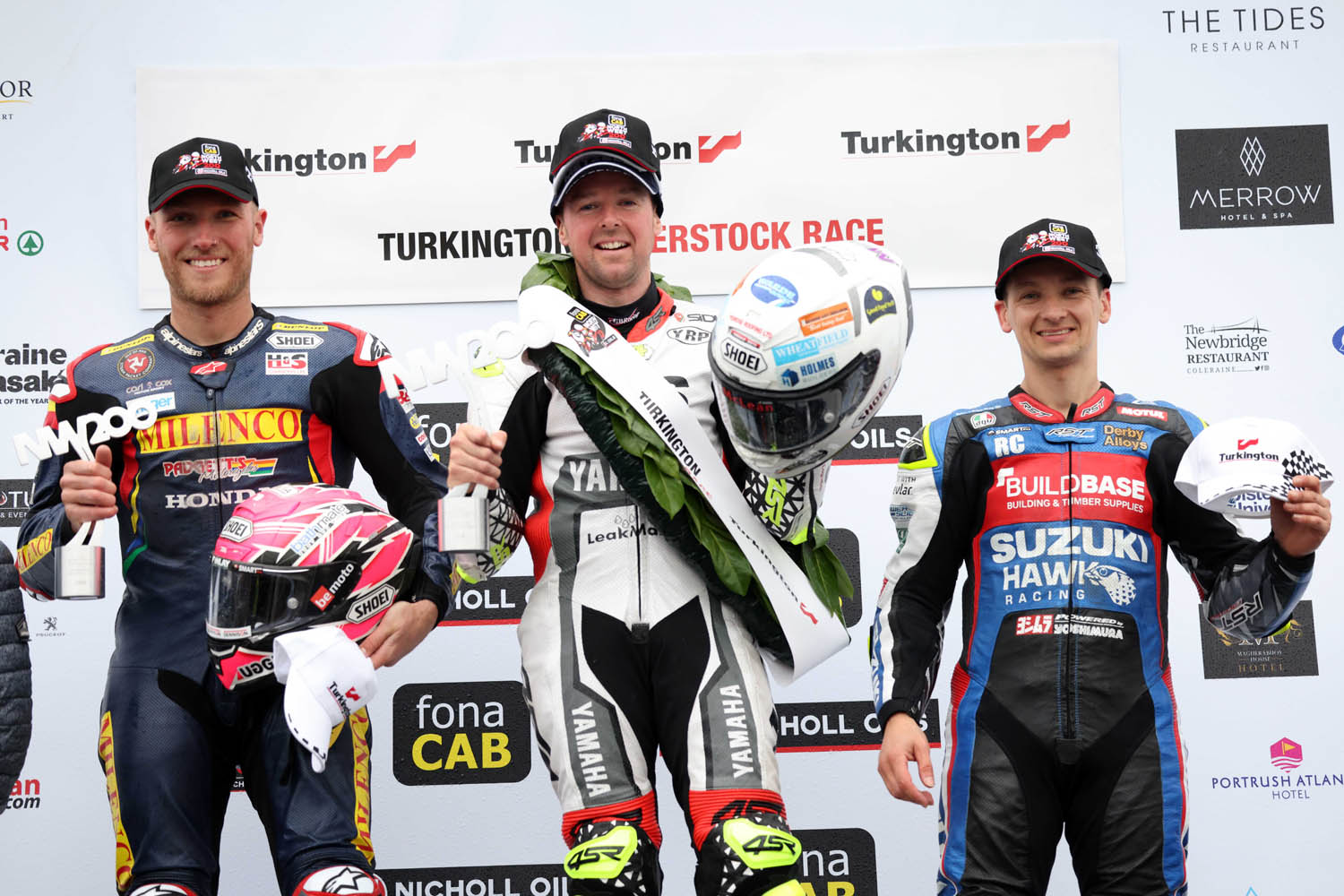 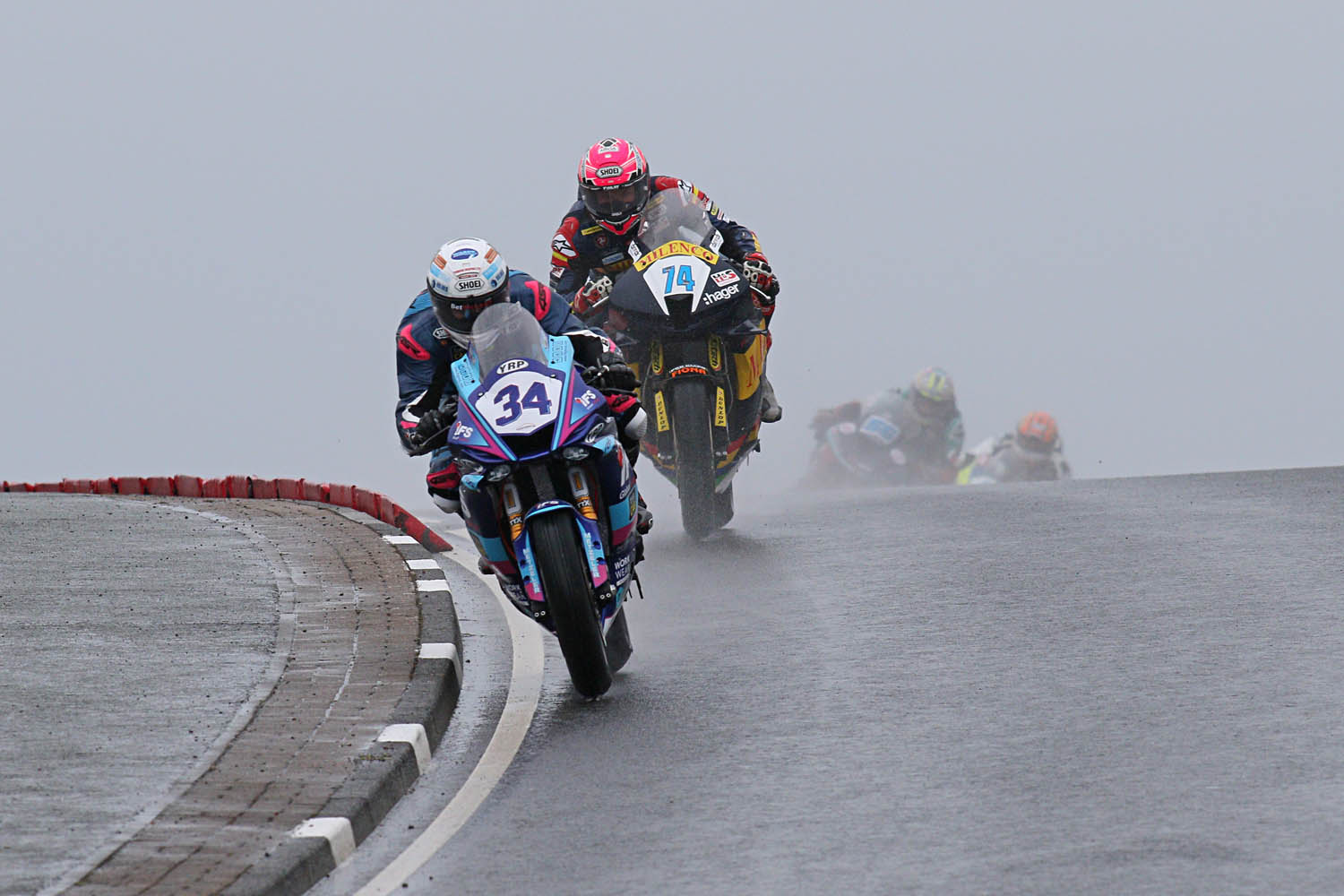