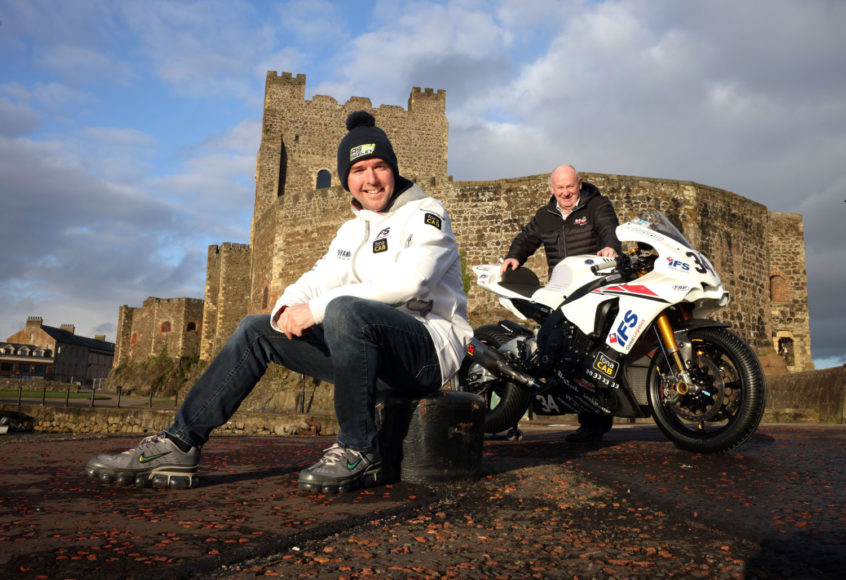 Alastair Seeley, the North West 200’s most successful racer, will compete on a trio of IFS Racing Yamahas in the Supersport, Superstock and Superbike classes at the fonaCAB and Nicholl Oils sponsored event on May 8-14.

The 24 times winner around the famous 8.9 mile Triangle circuit secured the 2021 Ulster Superbike and Supersport championships with Graeme Hanna’s team. He will be hoping to continue that success on the north coast after securing an eleventh hour deal with the Antrim based squad.

“I am just glad to have something because for a while it was looking as if I might be flag marshalling or spectating at this year’s North West.” the Carrickfergus rider joked.

Another USBK campaign will provide plenty of preparation for North West week and although the squad won’t receive official Yamaha support, Seeley is confident he has the machinery to add a 25th victory to his record tally.

“The bikes will be meticulously prepared and I will know them as well as the rest of the boys will know theirs. There won’t be any Spanish testing, just cold days out at Kirkistown and Bishopscourt, but we will maximise what we do here at home and I will have the race craft and the mileage.”

Now 42, Seeley feels his best chance of success in May will come on the Supersport-spec R6 Yamaha, a class in which he holds the lap record.

“The 600 is probably the strongest bike for me.” he said.

“I lost out on the Thursday night race in 2019 when I crashed on the last lap at Juniper. The big bikes are all about set-up and I’ve suffered with a lot of high speed weave in recent years which means you can’t hold the throttle wide open to get the top speed and make the passes. But I think the IFS superbike will be good enough.”

Seeley was a North West 200 race winner each year between 2008 and 2018 but failed to add to his record tally of 36 rostrum finishes in 2019. Nevertheless, his experience of the North West course remains virtually unrivalled.

“Only Michael Rutter and John McGuinness have more experience than me around there because they’ve been coming for about 90 years between them.” the Carrick rider joked.

“I’ve been around in all conditions and I’d fancy my chances on a wet track that was starting to dry out. If there wasn’t a lot of set-up time we could be quids in. No matter how it goes, we will sort it out on the day.”

“It is great news that Alastair will be back on the North West 200 grid with IFS Racing in 2022.” race boss, Mervyn Whyte, said.

“He is the rider who has set the standard for everyone else to match around the Triangle course and he is hungry for even more success as he aims for that 25th win.”

PACEMAKER, BELFAST, 7/2/2022: Alastair Seeley photographed in his home town of Carrickfergus with the IFS Racing R1 Yamaha he will ride at the 2022 fonaCAB and Nicholl OIls North West 200 on May 8-14. Also included is NW200 race boss, Mervyn Whyte.
PICTURE BY STEPHEN DAVISON