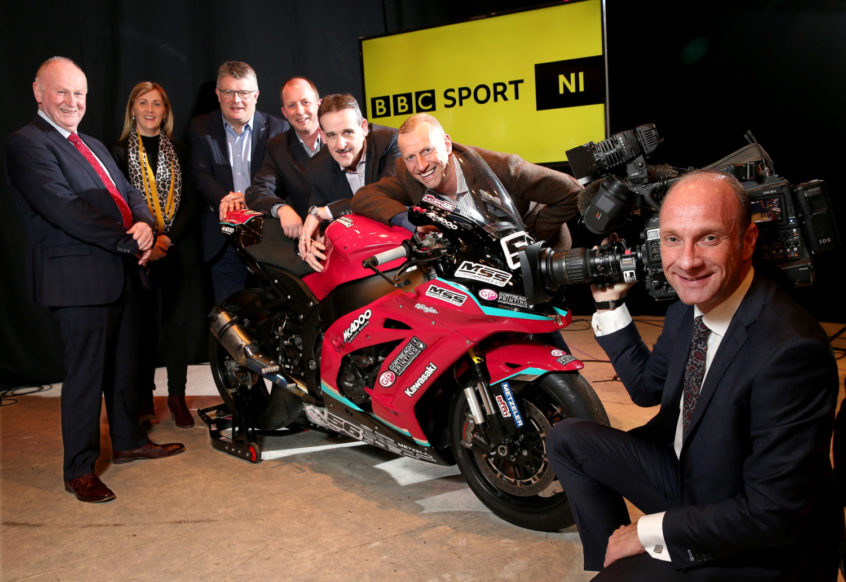 BBC Sport NI has extended its deal to broadcast the Fonacab International North West 200 in association with Nicholl’s Oils for a further five years. The new deal will run from 2020 until 2025.

The extension to the partnership will mean that BBC Sport NI will maintain its dedicated level of coverage of the world renowned event across its TV, radio and digital services.

The BBC will continue to bring race fans live worldwide video streaming of all races and practice sessions during the week online at bbc.co.uk/sportni

All races and practice sessions will also be broadcast live on BBC Radio Ulster during the week.

Race fans can view all the action across three highlights programmes on BBC Northern Ireland television and catch up via the BBC iPlayer.

“Now in its 90th year, the International North West 200 is one of those special events that captures the imagination of riders and fans right across the globe. BBC Northern Ireland relishes the opportunity to be able to bring the action and the passion of the event to the widest possible audience.

“We have a long relationship with the event, Mervyn and the Coleraine and District Motor Club. It’s great that we’ve extended our partnership with them for a further five years and we will continue to provide the best possible coverage of the NW200.”

“It is great news for the North West 200 and BBC NI to be agreeing the extension of our partnership for another five years as the event is about to celebrate a very special birthday.

“The NW200 attracts the interest of motorcycle racing fans from all over the world and the BBC broadcasts have been an integral part in helping us to build that international reputation. The agreement also demonstrates the confidence BBC NI has in the NW200 and its race organisation.

“On a personal level, I have worked very closely with BBC personnel over many years, building up an excellent rapport with all the members of the team. Everyone at the North West is looking forward to continuing that relationship in 2019 and beyond.”