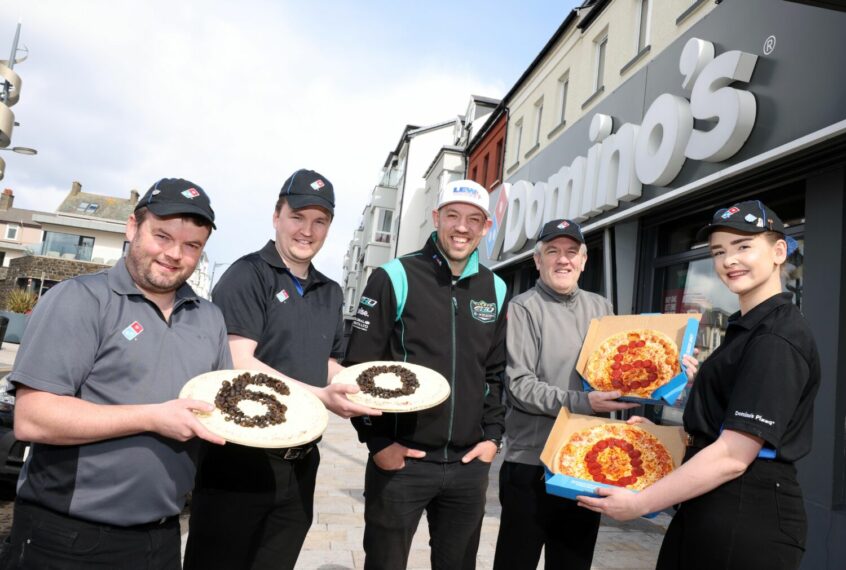 The world’s fastest road racer, Peter Hickman, made his own recipe pizza at Domino’s Portrush during his recent visit to the North West 200!

The NW200 star swapped his race leathers for an apron as he was guided through every step of the process by staff at the local store as it was announced Domino’s will support this year’s North West 200 race festival.

“At the end of 2021, we were delighted to bring 17 Domino’s stores in Northern Ireland into the Racz Group fold. When we found out that two of those stores were located within the NW200’s racing triangle, we knew we had to take the amazing opportunity to get involved with one of the most prestigious road racing events in the world.” the Racz Group said.

“Supporting our own local area, whether it’s through fundraising events or participation in community groups, has always been a cornerstone of the Racz Group’s ethos- to the extent that we’ve recently established our community fund to put the fun into funding and give grants to people who spread happiness in their neighbourhood. As we knew how deeply important the NW200 is to its local community, we couldn’t think of a better way to give back than sponsoring this historic race, the first one since 2019. It could only have been a more perfect fit for us if the track was shaped like a slice of pizza! The opportunity to support an event as prestigious as the NW200 is a true honour. The passion of all involved, especially the spectators and locals, is inspiring and we couldn’t be prouder to “fuel” this community.  Racz Group and Domino’s would like to say thank you and wish all the racers good luck!”

“The NW200 allows major companies to reach a huge audience each year and we are delighted to have the support of Domino’s for 2022.” the North West’s Mervyn Whyte said. 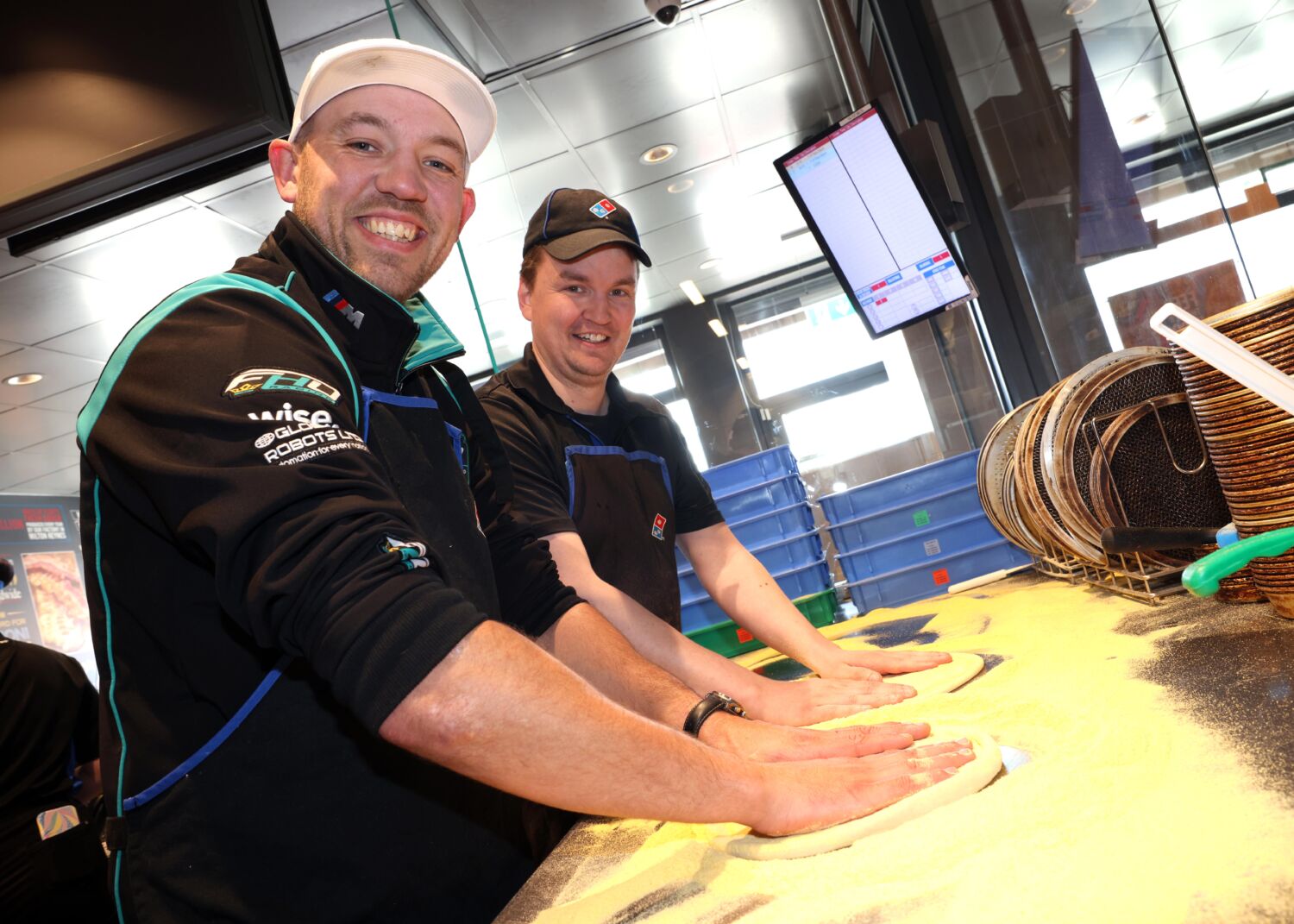 Interested in a career with Racz Group?  Find out more about their latest opportunities available at https://www.nijobs.com/Racz-Group-Jobs-9943.aspx