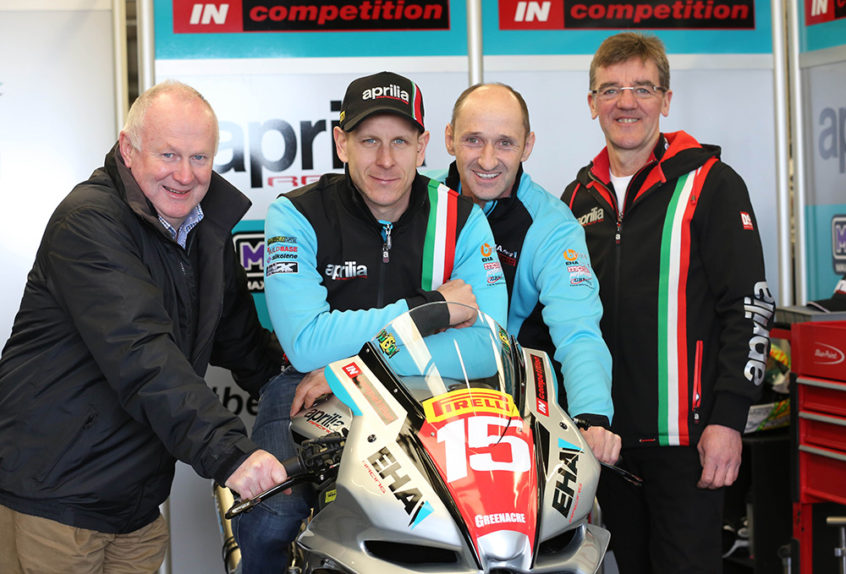 Lincolnshire’s Ben Wilson will return to the Vauxhall International North West 200 next week with a new bike, a new team and a former North West winner as his crew chief.

“We are really excited to coming over to compete at the North West with Ben.” Gail Allingham said”

The 34 year old made his debut at the event last year and says he cant’ wait to get back again on an EHA backed Aprilia RSV4 that will be prepared by Ian Newton who won two 250cc races at the seaside event in 1994 and ’95.

“I’m looking forward to riding the Aprilia that I ride week in, week out in the BSB Superstock class.” Wilson said.

Wilson will race the Italian machine in the Superstock and Superbike events at Portrush.

Wilson’s EHA Racing squad is run by English-based Eglinton couple, Edward and Gail Allingham, in partnership with Newton. The team also run David Allingham and Ross Twyman in the British Supersport series and Sam Wilford on a satellite bike. Portadown’s Marshall Neill finished runner up in the British Supersport Evo championship last year on an EHA bike and the team owners are delighted to be returning to their home road race with Wilson this season.

“We are really excited to coming over to compete at the North West with Ben.” Gail Allingham said.

“As we compete in the British championship we don’t do many races in Ireland so it is really nice to get this opportunity to bring our team home.”