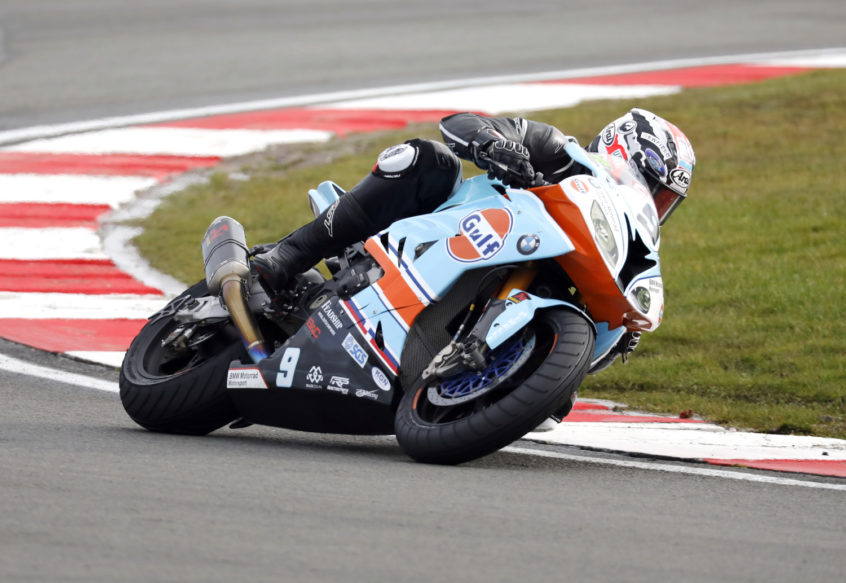 One of motorsports most iconic liveries will be on display at the 2018 Vauxhall International North West when David Johnson makes his road racing debut on the Gulf BMW.

The Australian, who raced for the factory Norton team for the last two seasons, will ride S1000RR BMWs in the famous orange and blue colours in the superbike and superstock races at Portrush on May 13-19. The bikes are prepared by the Shaun Muir Racing team, which also runs Ulsterman Eugene Laverty on Aprilias in the World Superbike championship.

“I’m ready to get the ball rolling again at the North West!” Johnson said after missing last season’s north coast event because homologation rules meant the Norton was not eligible to compete.

The Adelaide rider, who is based in the UK during the race season, has made two previous appearances at the North West in 2015 and 2016, with his best result was a 9th place finish in the 2015 Superbike race.

“I rode a BMW for Paul Shoesmith on those visits and I think the S1000RR superbike will be good around there.” Johnson explained.

“I’ve rode a lot of bikes on the roads but I know the BMW provides a winning combination.” Johnson said.

“We have factory support and are running Dunlop tyres and Ohlins suspension which is as good as it gets.”

The laidback Aussie suffered a setback to his 2018 preparations though when he suffered a huge crash during his debut on the Gulf machine at last weekend’s BSB round at Donington Park. In the cold and damp conditions he was lucky to escape injury after a practice fall at Craner Curves, an experience that created a note of caution for his North West return.

“I am aiming for the podium at the North West but I definitely want it to stay dry.” Johnson smiled.

“There are too many Irish guys who are too fast in the rain!”