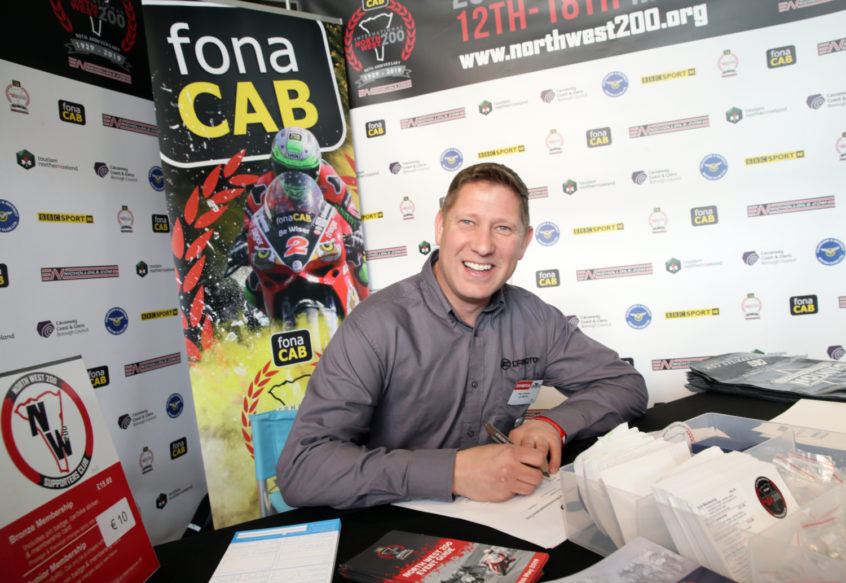 Lincolnshire’s Gary Johnson is the latest big name road racer to join the entry list for the 2019 International fonaCAB North West 200 in association with Nicholl Oils on May 12-18.

The 38 year old will compete in the Superbike and Superstock races at Portrush on a pair of ZX10RR Kawasakis in the livery of Lee Hardy’s RAF Regular and Reserves Racing squad. He will also campaign his own 675cc Triumph in the Supersport events. Johnson has been making intensive plans to hit the ground running at this year’s NW200.

‘While my race bikes are being built I’ve bought my own practice bike, a MSS Performance/Reactive Parts prepared ZX10RR, so that I can go testing and take in some early endurance races plus the first Thundersport and British championship Superstock rounds.’ Johnson explained.

‘I have to try to fast track and make up ground with my preparation because the boys who race BSB have been riding all year since last year’s North West.’

Johnson is also hoping to capitalise on staying with Kawasaki power for a second season in the Lee Hardy run team.

‘We will have some continuity with the Kawasakis.’ he said.

‘We have some good settings from last year when I had a good run in the Superstock race at the North West.’

Johnson made his NW200 debut in 2007 and claimed a Superstock podium finish in 2013. In 2014 he was on the rostrum three times in the Superbike, Superstock and Supersport races. The double TT winner is confident he can be competitive in 2019 if his machinery is right.

‘We all race for the big prizes and everyone is coming to the North West 200 to win.’ he said.

‘’I need my bikes to be strong so that I can run in the front group. I was in the mix in the Superstock and Supersport races last year and I want to be in there again battling to be on the podium come May.’