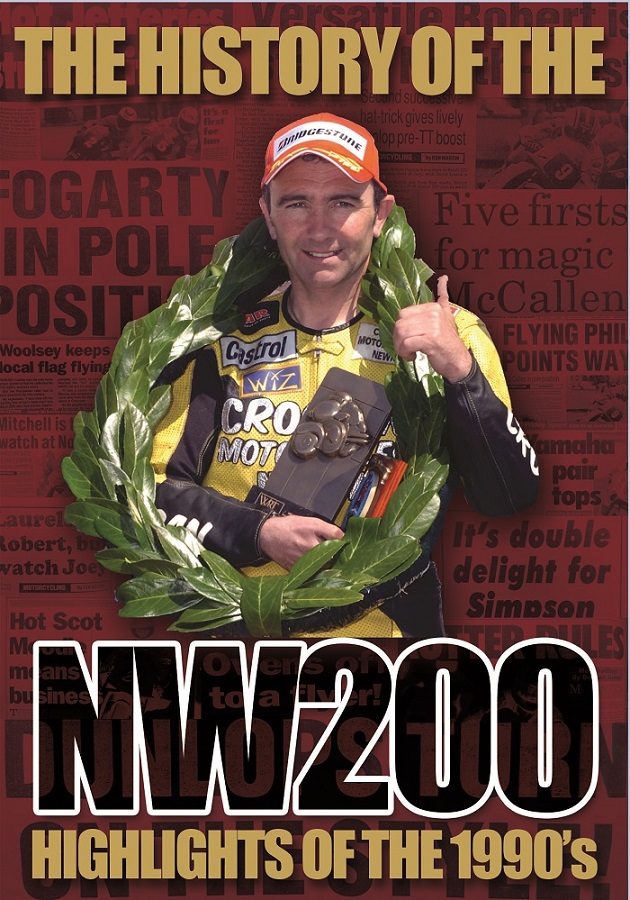 The makers of the BBC programme “HOW THE NORTH WEST WAS WON” have been revisiting the history over the past few years to expand selected decades into a feature length DVD.

The first of these, released last year, was called “JOEY DUNLOP- THE NW200 WINS” and covered the 1980’s period. This new programme “HIGHLIGHTS OF THE 1990’s” takes a close look at the period 1990 to 1999. It covers in great detail the big stories from that decade.

“ The BikeSafe Team will be on hand to organise a free “taster” assessment.”

Using footage from a number of sources and many unpublished photographs together with the newspaper headlines, from the race coverage in the Newsletter, the story is well illustrated.

The programme is 90 minutes long and has been specially made to raise funds for the NW200 race and is available to purchase via the NW200 Website.

Colin James – Producer “I am very grateful to the many people who helped make this fund raising programme by providing photographs, video & newspaper cuttings. Also to the 21 interviewees who give fascinating first-hand accounts of the racing in the 1990’s. I appreciate the time Stephen Watson has given to narrate the story. I hope the programme is a financial success for the Coleraine & District Motor Club as the purpose is to raise funds to support & help sustain the NW200.”

Stephen Watson – Narrator “I was honoured to be asked to narrate the amazing stories about the battles on the race track. I am sure everybody will enjoy seeing the main highlights from that remarkable decade. While there are many stories told, the backbone story in the 1990’s is all about Robert Dunlop. If you watch the programme you will appreciate just how brave and brilliant a rider he was” .

Brian Moore – NW200 Marquee Entertainment Coordinator “We’re delighted that Colin James and the team at Waldovision have come up with another great production for the NW200. Their feature last year on the 1980’s was incredibly well received and given the subject matter of this film we’re expecting an even bigger audience”.

The DVD costs £10 and to purchase please click on the link below;
The history NW200 Highlights 1990s