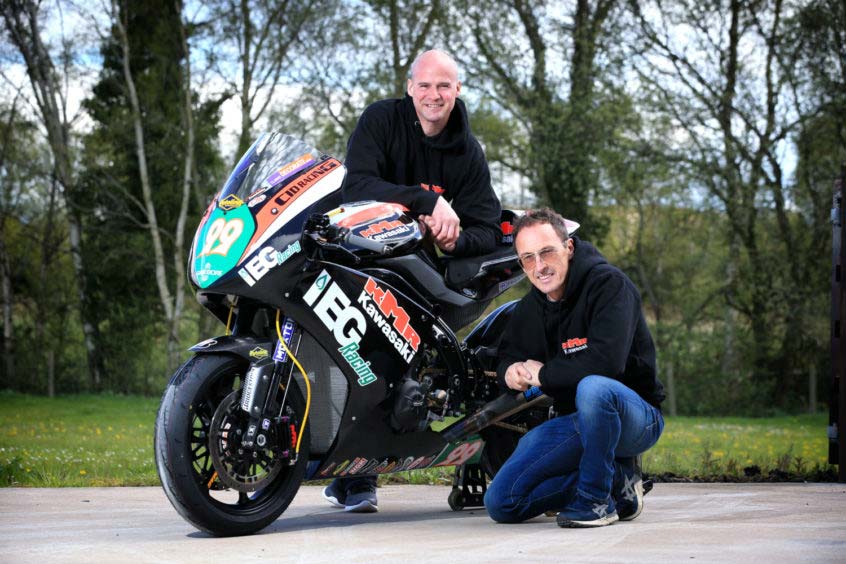 Jeremy McWilliams will return to the 2018 Vauxhall International North West 200, racing an ER6 Kawasaki for Ryan Farquhar’s KMR team in both Supertwins races.

The former Grand Prix racer made his North West debut in 2012, winning twice in the Twins class in 2013 and 2015 on KMR machines.

“I would never take part in any race if I didn’t think I could win.” McWilliams sad.

“Standing on the North West podium has been such a highlight of my career and I still think I can do it again. But with riders like Martin Jessopp, James Cowton, Adam McLean, Derek McGee and Dan Cooper in the field riding as hard as they do I know I will be up against it.” “I have no doubt about that.” the Dungannon man said.

“But the Supertwins class is as tough a race win as any. We have taken a big step forward with our bikes this year, making them more powerful and lighter. But we won’t know what we are up against until we get to the North West.”

His eleventh hour deal means McWilliams won’t enjoy much time on the 2018 spec KMR ER6 before practice begins on May 15. It isn’t something that causes him much concern though.

“I wouldn’t be happy going to the North West on anything but one of Ryan’s bikes.” McWilliams said.

“I always feel a bit of a pleb until Tuesday practice is over because I am never up to speed. I need until Thursday to get into my rhythm, to gel with the bike and find my way around the track.”

“I enjoy the way the North West is set up because you have time to enjoy the event.“ he explained.

“Once you get Tuesday over you can settle into your riding and try to get up to speed. There is time to think about things, assess where you can improve and then come back and go faster.”

McWilliams admits his wife Jill and sons Jack and Zack took a little convincing that his North West return was a good idea.

“We are a close knit family and I wouldn’t have done it again without all of their support.” he explained.

“We get a kick out of competing there together.”