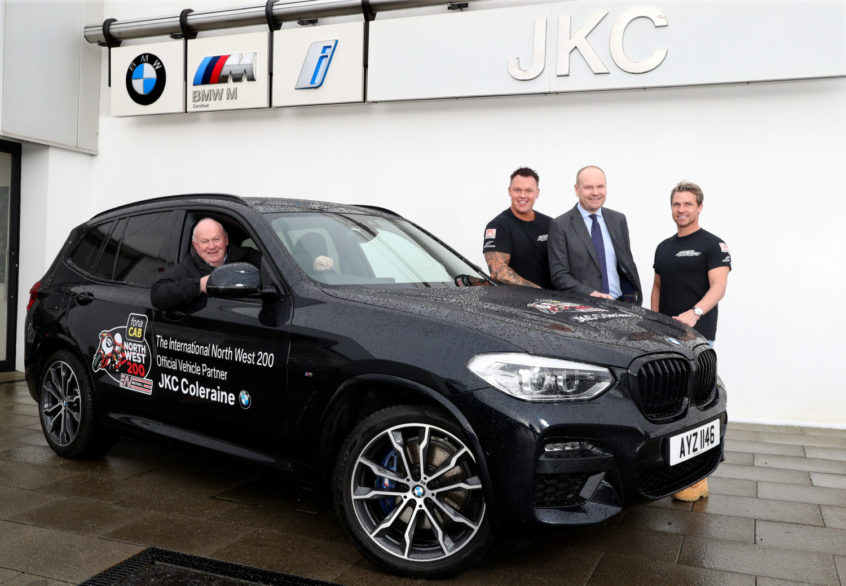 Coleraine based JKC BMW will return as Official Vehicle Partner of the fonaCAB and Nicholl Oils North West 200 in 2020. The family owned business, founded 46 years ago by Jack Cassidy, will supply a range of BMW vehicles to the North Coast races.

Employing over 80 people across two retail outlets and workshops, JKC is a major employer in the area and is one of the top ten BMW retailers in the UK. The local dealership was named BMW Customer Champion in 2016 and 2017.

JKC BMW are delighted to be back behind the wheel at this year’s NW200” Niall MacFlynn, JKC BMW’s Head of Business, said.

“We came on-board as new sponsors last year for the NW200’s 90th anniversary, and really enjoyed playing such an integral part in this great sporting event. To see our high performance models lapping the course on race days was a fantastic spectacle, in addition to the vast number of support vehicles we had in the local area during race week. The sporting nature of the BMW product fits seamlessly with the motorsport theme, and as a local business we are delighted to be supporting such an important local sporting event this year again!”

“To have the support of a leading local company like JKC BMW on board for a second year in a row is great news for the North West 200 and we are very grateful for all their help and commitment.” Event Director Mervyn Whyte, MBE, said.