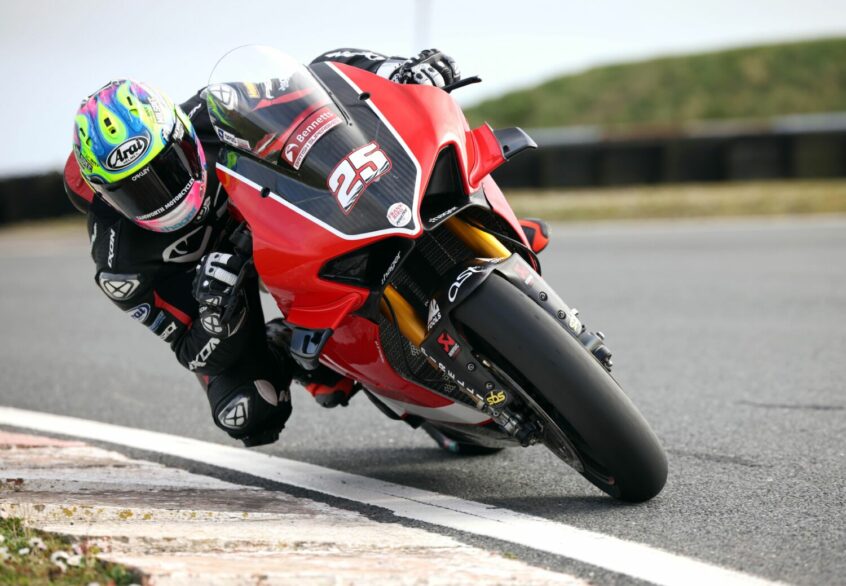 Josh Brookes will race a PBM Ducati V4 Panigale in both Superbike races at the 2022 fonaCAB and Nicholl Oils North West 200 on May 8-14.

The Australian double British Superbike champion will return to the north coast on the machine that Michael Dunlop had been set to race at this year’s event before the Ballymoney man’s dramatic announcement last weekend that his deal with Paul Bird’s team was off.

“I think a lot of money and logistical things have been put in place to do these events and it is difficult now not to do it.” Brookes explained.

“I am not taking anyone else’s position but a door has opened for me and I am happy to do the job.”
The 38 year old last raced at the North West in 2014 after making his road racing debut at the seaside event the previous season on a Tyco Suzuki. Brookes was the fastest newcomer on the 8.9 mile Triangle course in 2013 and he went on to set a new outright NW200 lap record the following year when he finished second to Michael Dunlop in the feature Superbike race on a Milwaukee Yamaha. The Australian was also a podium finisher behind Alastair Seeley in the NW200 Supersport race before making his last road race appearance at the Isle of Man TT in 2018 on a Norton.

“Before the season started the roads were not an option for me, not because I didn’t want to do them but because of finance.” the Australian explained as he prepares to follow in the wheel tracks of Glenn Irwin who has taken three of his last four Superbike race wins on a PBM Ducati.

“I’ve been there before and came very near to winning.” Brookes said.

“I think I am absolutely a contender for a Superbike race win at the North West 200. The bike has the calibre to win and we have an equal chance as anyone else on the grid.”

“I have been trying to get Josh back to the North West for a few years now and it is great news that him and the PBM Ducati team will be on the grid this year.” Whyte said.

“I also spoke to Michael Dunlop yesterday and he has assured me that he will also be on the grid in two weeks time. That is great news for every road racing fan who wants to see the best road racers on the best bikes battling it out on the north coast.”