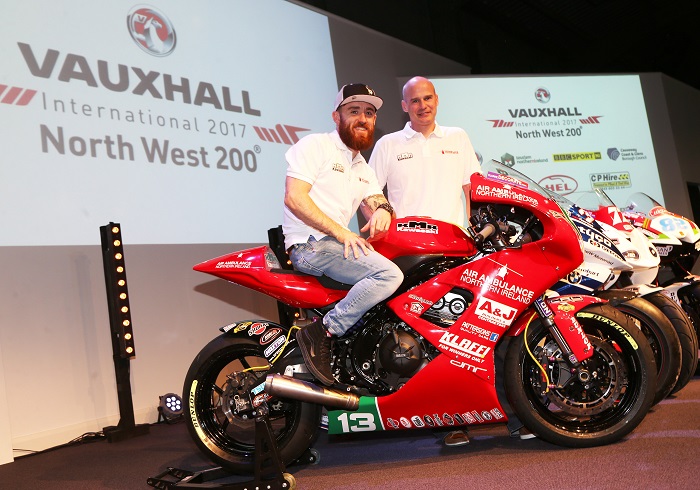 Johnston is a three-time winner at the North West 200, including a two Supertwin wins in 2014 and has raced a Farquhar built machine in the 2015 Lightweight TT race.

South African Kennaugh will make his debut at the North West 200 for Farquhar’s team, riding in both Supertwin races. Kennaugh also hopes to ride in the Superstock events on an IEG BMW S1000RR previously ridden by Farquhar himself.

“It’s great to be back in a position running a team once more and from where I was at the North West 200 last year to where I am now is a big bonus.” Farquhar said.
“Lee’s perfectly suited to the bike and has done a good job for me in the past whilst Hudson is a fantastic short circuit rider and more than capable of getting some good results on the roads.”

“The majority of my trade sponsors have stayed with me, which is terrific news, and whilst it will be different for me this year with not riding, I’m really pleased to have two great riders on board. I’m looking forward to seeing the boys out on track and with a competitive package, I’m confident we’ll be there or thereabouts come race day.”