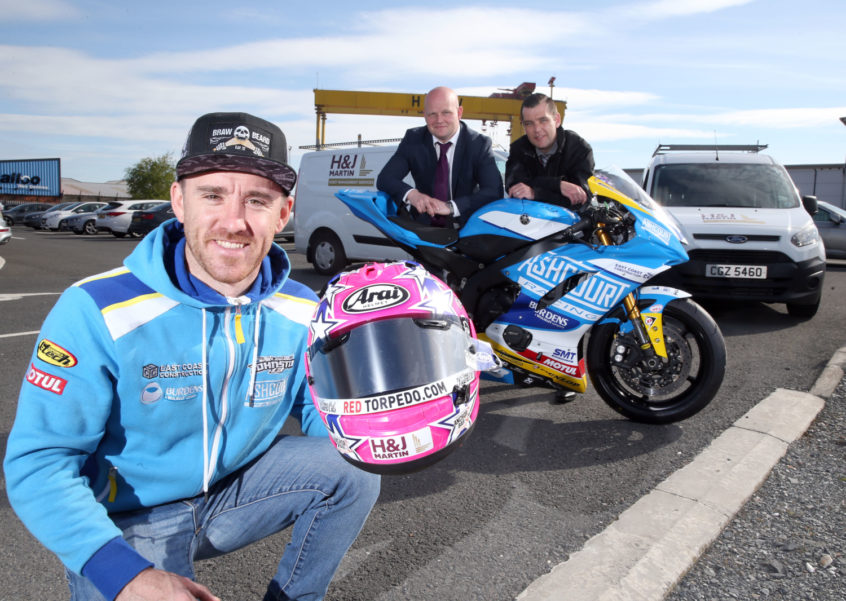 Fermanagh racer Lee Johnston will be racing at this week’s fonaCAB International North West 200 in association with Nicholl Oils in an all new livery after his switch from the Honda Racing squad to the Ashcourt Racing team for 2019.

The Fermanagh man will have the local firm’s backing at the Isle of Man TT and Ulster Grand Prix and for his British Supersport campaign alongside the North West 200 backing.

“Lee is one of the best road racers around and has proven his ability to run at the front of the British Championship as well.’ Kirk Jamison, Commercial Director of H&J Martin said.

‘Promoting our brand to the spectators and television viewers at high profile events such as these is a key part of the continued growth of H&J Martin.’

A former North West Supersport race winner, Johnston will renew his short circuit rivalry in the British 600cc series with fellow Northern Irishman, Alastair Seeley on the north coast this week. The 30 year old has made an impressive start to the championship on the Ashcourt Racing Yamaha R6.

‘We have had a good run in the opening two rounds of the championship and I am coming to the North West with the best physical and machine preparation I’ve had for three or four years.’ Johnston said.

‘We have also been testing the BMW S1000RR superbike at Castle Combe and Cadwell. It is the same bike we raced in 2017 and getting on it again feels like climbing into an old armchair.’

The diminutive Fermanagh rider will also compete on a S1000RR in both NW200 Superstock races.