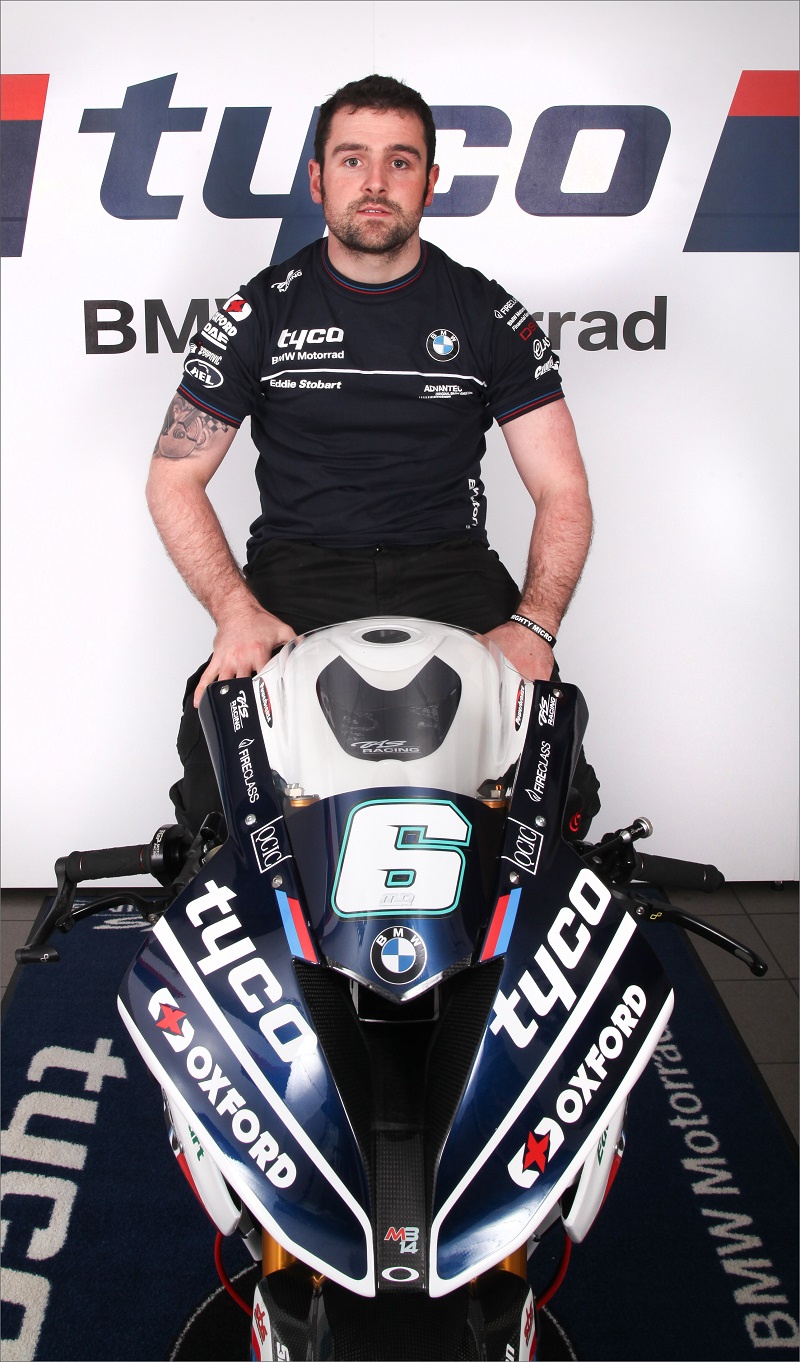 Michael Dunlop will make his road racing debut on the Tyco BMW at the Vauxhall International North West 200 following the announcement of his much anticipated move to Hector and Philip Neill’s Moneymore based squad for the 2018 season.

Dunlop, a five times North West winner and the outright lap record holder for the 8.9 mile Triangle circuit, will ride a S1000RR in both Superbike races on May 13-19.

“Tyco and I have spoken many times but nothing ever came of it, this year everything fell into place.” the Ballymoney man said.

“I think it’s a good time for us both to have go at a partnership, I think both can bring something to the table and I’m looking forward to seeing the outcome.”

“It has taken some time for this to come together and I’m very happy to confirm Michael Dunlop and TAS Racing/Tyco BMW will finally work together in 2018. “ team principal, Philip Neill explained.

“Both Michael Dunlop and the TAS Racing team have a long and illustrious history at the North West 200 and now that they have joined forces I am sure they will be able to add to that success.” NW200 Event Director, Mervyn Whyte, said.