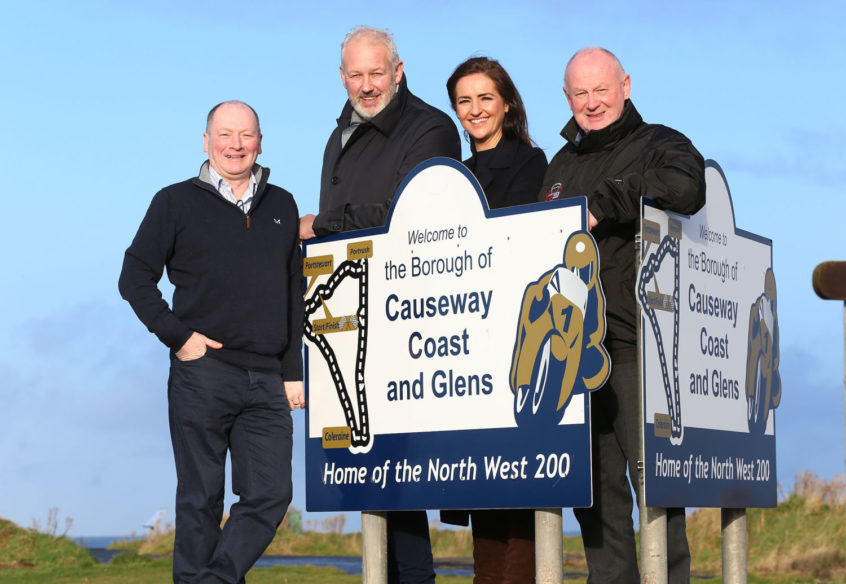 The fonaCAB & Nicholl Oils North West 200 are delighted to announce mental health charity, Olive Branch, will be the sole designated charity of the 2022 event on May 8-14.

Operating in Magherafelt, Coleraine and Ballymena, the charity employs four mental health professionals plus three front of house staff offering treatment and support to those suffering from mental health problems.

‘We are absolutely thrilled to have been selected to be the NW200 charitable partner for 2022.’ Leoné Paul, Chairwoman of Olive Branch, said.

‘In light of the current mental health crisis here in Northern Ireland it is vital that our services are known throughout the province and we can’t think of a better way to raise the awareness of our charity and services than through collaboration with the NW200. The reach of the NW200 will no doubt bring people forward to Olive Branch to receive the help they need.’

Olive Branch have highlighted how the people of Northern Ireland experience between 20-25% higher levels of mental health illness compared to the rest of the UK and around 1 in 5 adults are reported to have a diagnosable mental health condition at any given time. Northern Ireland also has the highest rate of suicide in the UK. The proportion of spend however on mental health still remains the lowest in the UK.

‘The pandemic has had a very detrimental effect on mental health Province-wide and we have three free of charge, no appointment necessary, self- referral Mental Health and Counselling Centres in Coleraine, Magherafelt and Ballymena.’ Leoné Paul explained.

‘Our clients can come of their own free will and don’t need a doctor or any other organisation’s referral at the exact time they feel the need.’

‘Mental health issues can affect anyone and everyone, from every walk of life.’ the NW200’s Mervyn Whyte said.

‘The work Olive Branch is doing is vital in ensuring those who suffer know they are not alone. Olive Branch offers professional and vital help at a crucial time and we hope North West 200 fans will support the work the charity does in the same way they have supported so many other very worthwhile charities down the years.’

PACEMAKER, BELFAST, 2022: Alan Mulholland and Leone Paul of Olive Branch join Mervyn Whyte and Cathal Cunning of the fonaCAB &amp; Nicholl Oils North West 200 to announce the charity will be the sole designated charity of the 2022 event.
PICTURE BY STEPHEN DAVISON