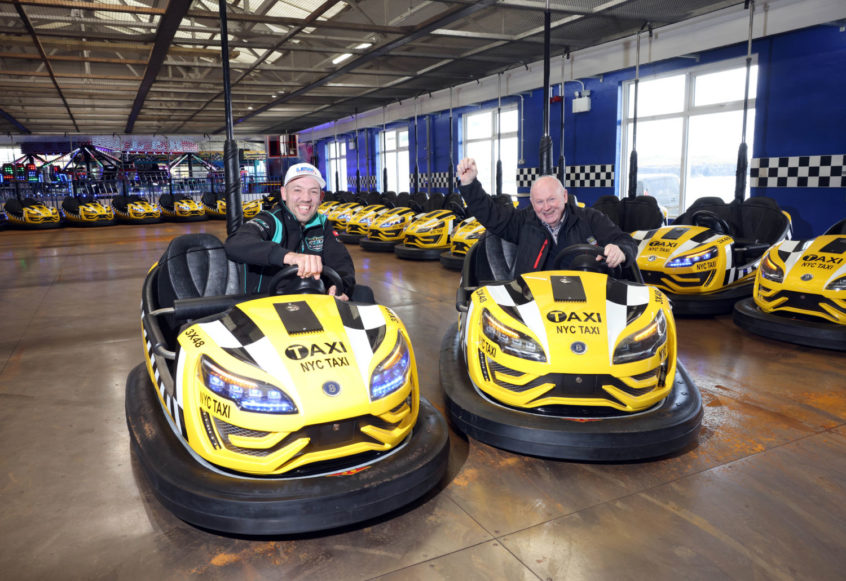 Peter Hickman, the world’s fastest road racer, celebrated his 35th birthday with a visit to the fonaCAB and Nicholl Oils North West 200 course.The FHO BMW Racing star was presented with a special birthday cake to mark the occasion as he renewed his acquaintance with the north coast circuit ahead of race week on 8-14 May.

“The North West is the first big international road race of the year and it gets you up to speed on a road and ready for the TT.” Hickman, who established a new world record lap speed at the Ulster Grand Prix’s Dundrod circuit in 2019, explained.

“I really enjoy it. A lot of people complain about the track and all the rest of the bullshit but to be honest a track is a track. Whether it has got chicanes or hairpins or whatever, I don’t really care. I just like racing bikes and I get to race them at 200mph on public roads against a load of my mates.”

As it is for almost every North West 200 racer, the coast road section is Hickman’s favourite part of the famous 8.9 mile Triangle course. He was impressed with the resurfacing work that has been carried out there recently.

“There is lots of new tarmac and it looks good.” he said.

“The whole course looks in good shape and I hope the grip levels are high. From Church corner to York is one of the best pieces of tarmac in racing and I am really looking forward to getting back there.”

The BSB star is set to line-up in the Superbike, Superstock and Supertwin races at this year’s event. Riding the FHO Racing liveried M1000RR BMWs in the big bike races, Hickman is also set to race the Zhongshen-engined Norton he campaigned at Portrush three years ago in the Twins events. His squad have carried out extensive development work on the British-built machine he last raced to 8th place in the 2019 Lightweight TT. Although he will be unable to race the bike at this year’s TT because it is not derived from a production-based model, the Norton is eligible under current NW200 regulations.

“But I have the opposite problem with the Supersport class.” Hickman explained as he revealed he may not race in either of the Supersport races at this year’s North West because the Trooper Beer 765cc Triumph he had hoped to ride won’t be eligible as the organisers stick with existing Supersport regulations which don’t permit Evo-spec machinery.

“I am still speaking to Mervyn Whyte and the MCUI scrutineers about the rules but if I am not allowed to race the Triumph then I won’t be in the Supersport class this year.” Hickman, who has been a podium finisher in the class at the north coast event, explained.

Despite the uncertainty around the smaller classes, Hickman’s principal focus will be on the Superbike races at Portrush aboard the M1000RR BMW.

A Superbike race winner at the TT, Ulster Grand Prix and Macau, Hickman has won Superstock races at the North West in 2018 and 2019 but he hasn’t stood on the top step of the podium in the blue riband class on the north coast.

“My main target at this year’s North West is to win every race I start and claim my first Superbike race win.” he said after two seasons of racing the M-spec German machinery.

“I understand the bike really well now.” he said.

“I’ve been riding BMWs for a long time and although there are some things like the wings and the gearbox that are different with this variant, overall the S and M are very similar. The M produces more power than the S and we have more horsepower already for 2022 than we had last year when we were already quite strong.”

Although many of his main rivals like Glenn Irwin, Alastair Seeley and Michael Dunlop have swapped manufacturers since the last NW200 in 2019, Hickman doesn’t think it will blunt their challenge.

“Glenn will be starting his third year on the Honda and Michael seems to ride something different every year so I don’t think it will make much difference.” the 35 year old said. 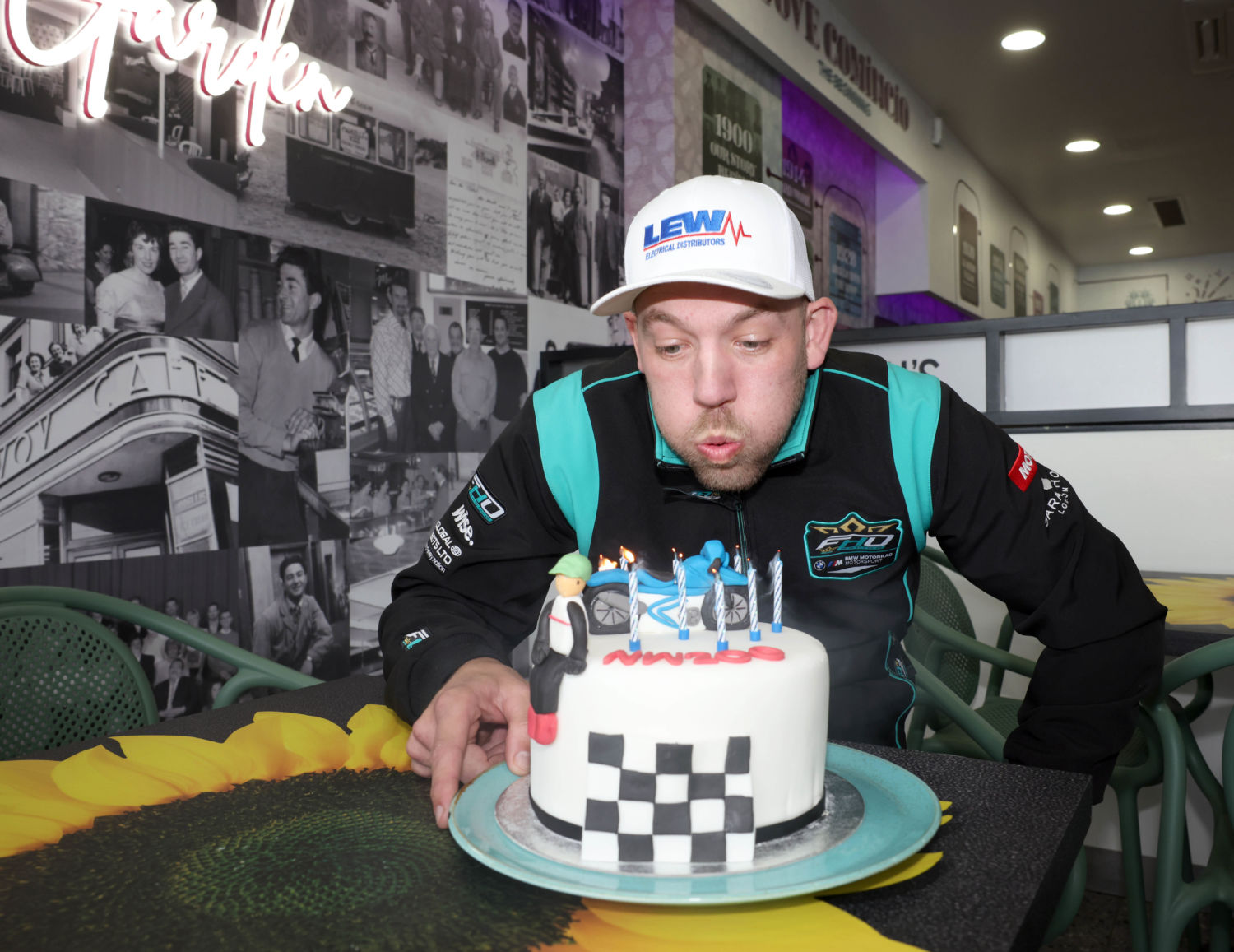 PACEMAKER, BELFAST, 8/4/2022: Peter Hickman blows out the candles on his birthday cake as he celebrates his 35th birthday during a visit to the North West 200 circuit today.
PICTURE BY STEPHEN DAVISON