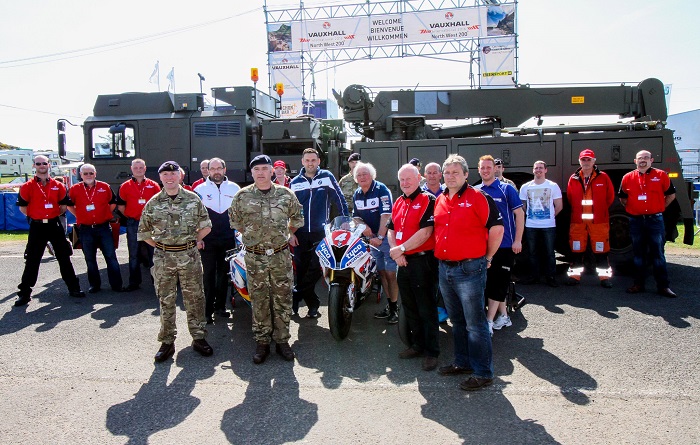 During Race Week 157 Fd Coy were joined by a party of four from 2CS Bn REME. Alongside their scrutineering work, the servicemen helped raise funds for the Air Ambulance Northern Ireland and Lee Johnston’s F13K cancer which raises money for the Marie Curie Cancer charity. Autographs of every competitor were obtained on t-shirts and gave back to the charities for auction.