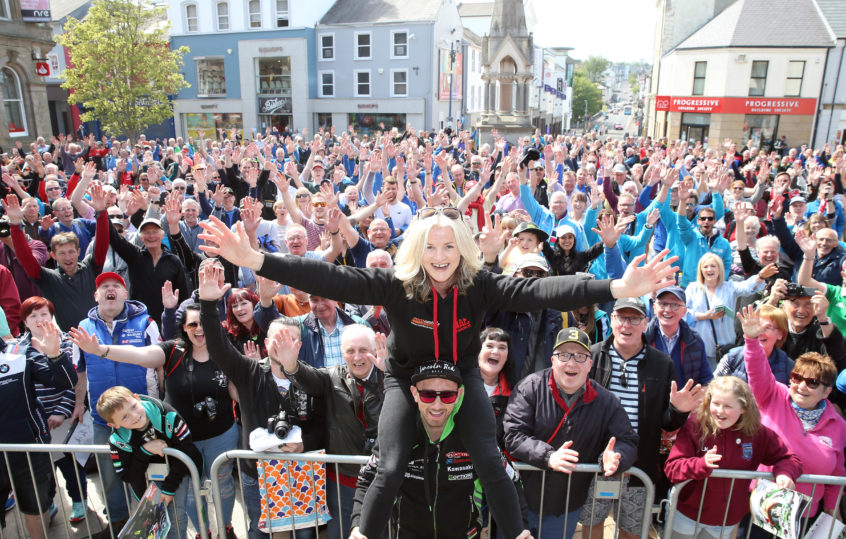 Hundreds of race fans turned out in Coleraine town centre today to meet the stars of the 2019 fonaCAB international North West 200 in
association with Nicholl Oils. Thursday night race winners Peter Hickman and Lee Johnston were joined by a line-up that included Alastair Seeley, Daley Mathison, Davey Todd, Horst Saiger, John McGuinness and Maria Costello. 95 visitors from Switzerland Austria, Germany and Leichenstein who form the Horst Saiger fan club and have travelled to the North coast to see their hero in action were amongst the huge crowd. 24 times NW200 winner Alastair Seeley said he was ready to race on Saturday after his crash on the final lap of Thursday evening’s
Supersport race.
‘I am all taped up and ready to go.’ he told fans.
‘I knew the race would go down to the last lap at Juniper and I went in a little too fast and ended up on the grass, The next thing I knew I
was on my backside.’
Seeley said it hadn’t diminished his appetite for Saturday’s races. ‘There will be three good races and I am looking forward to them.’
the 39 year old said. ‘The Supersport race is up first again on the EHA Yamaha and then I have two superbike races on the PBM Ducati. Let’s hope the sun keeps shining.’
Thursday’s Superstock race winner Peter Hickman revealed he may be forced to ride his stocker version of the S1000RR Smith’s BMW in
Saturday’s superbike races after suffering overheating problems during practice on his superbike.
‘I might not have any choice but ride the stocker if we can’t get the problem solved.’ he told the race fans in Coleraine.

‘The stock bike is working well and it is great to have got my second North West win on it and the first win for the new 2019 spec
S1000RR BMW.’ 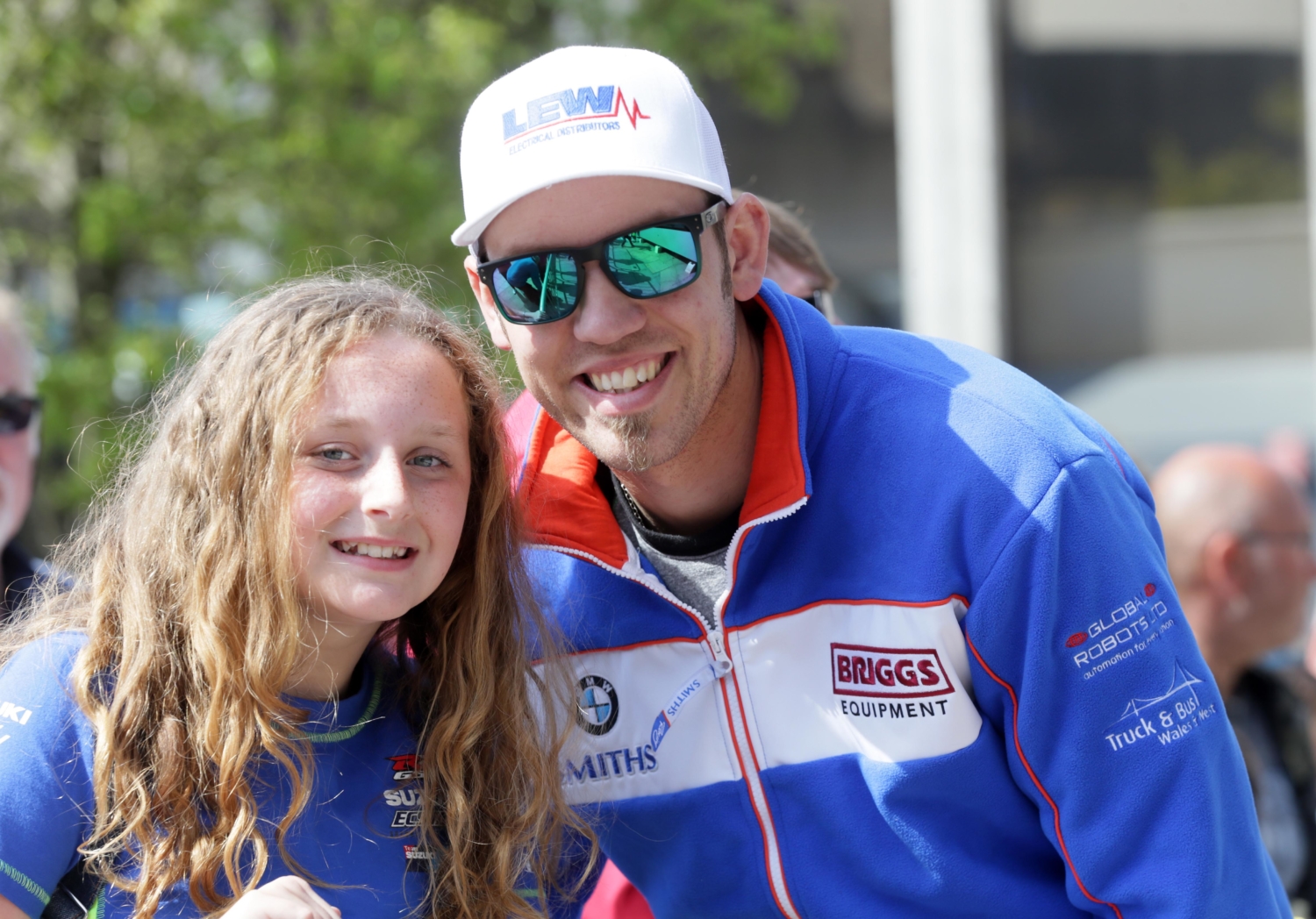 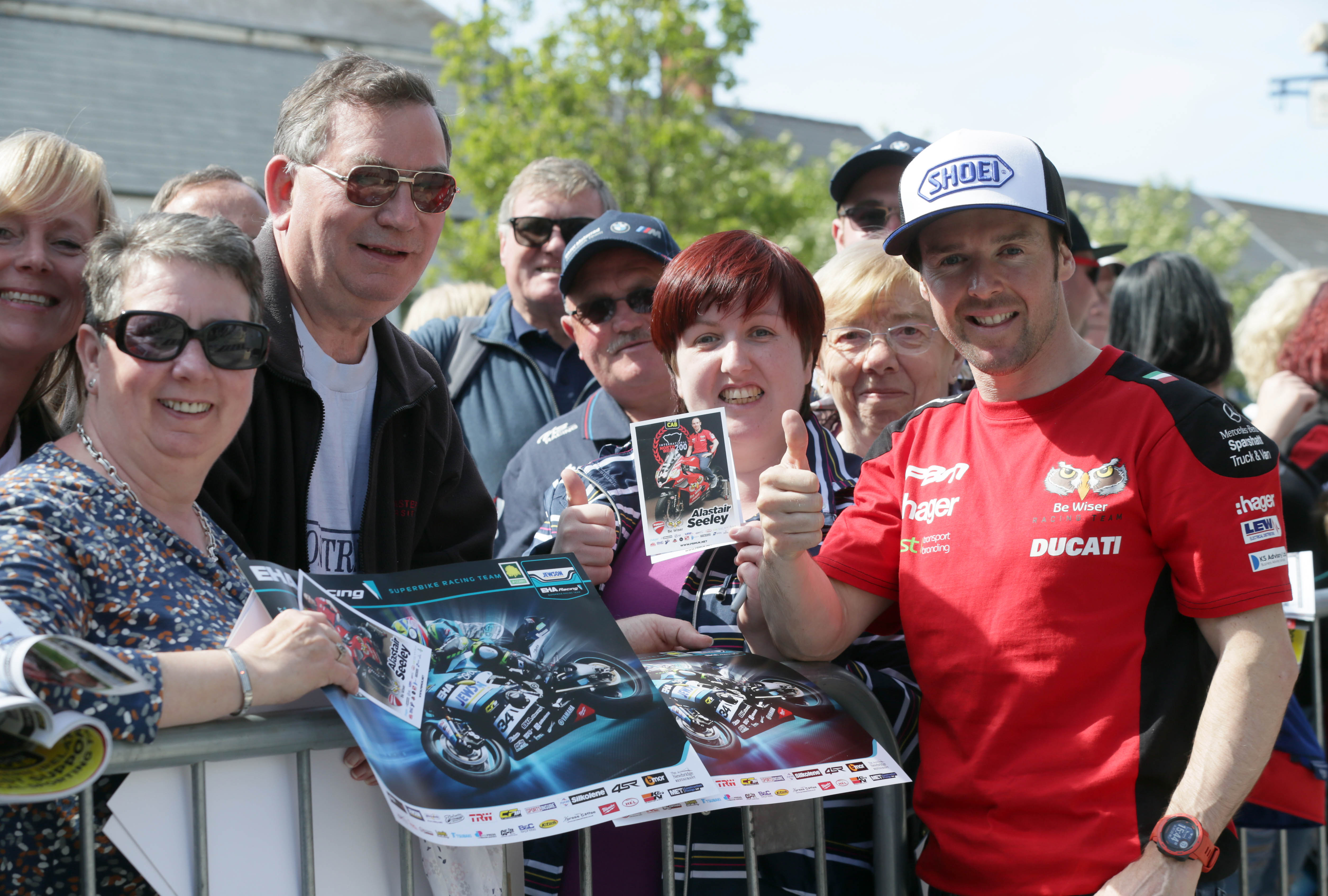