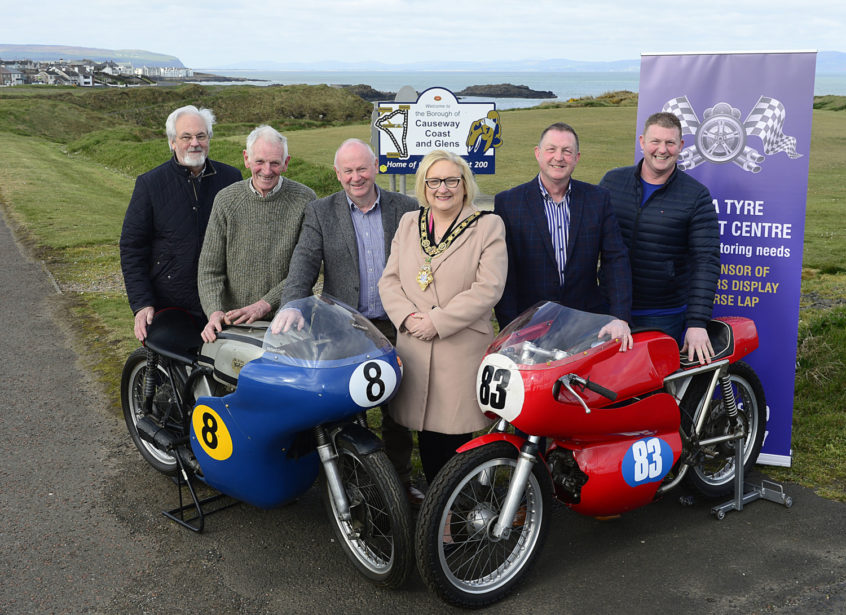 To mark the 90th anniversary celebrations of the 2019 fonaCAB International North West 200 in association with Nicholl Oils the event will host a special paddock display during the race week festival of former North West 200 race winning machinery.

Sponsored by the Breda Tyre and Exhaust Centre based on the Saintfield Road, Newtownbreda, Belfast, the machinery will also take part in a special parade lap with many of the old bikes being ridden by former North West winners.

The line-up of former stars of the event making appearances during race week is a who’s who of North West 200 racing and will include Ian Duffus, Stephen Cull, Ian Simpson, Steve Plater and Phillip McCallen.

Sponsors Breda Tyre and Exhaust Centre is a long established family business run by John and Keith Miller, specialising in tyres, exhausts, batteries, MOT preparation and a full range of garage services.
‘The North West 200 is a great place to showcase our business and it is superb to be able to support this fantastic event.’ John Miller said.

‘We have been working with the NW200 as volunteers for a number of years but to be on board as sponsors is very special because we are people who have a strong motorbike background. Back in the day our father John was a road racer and I raced motocross, competing against World Superbike champion Jonathan Rea’s father, Johnny.’
‘The Miller brothers are passionate about motorcycle racing and have a great interest in classic and vintage machinery.’ Mervyn Whyte said.

‘It is fantastic to have their support for our display and parade of previous North West winners which will capture the imagination of everyone at this year’s 90th birthday celebrations.’