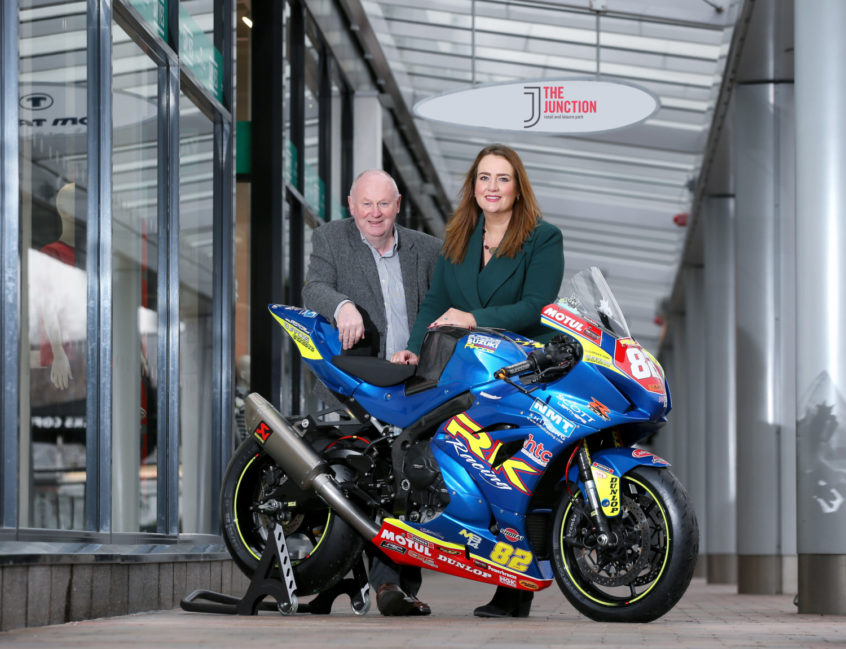 The Junction Retail and Leisure park will be the new sponsor of the Saturday Supersport race at the 2019 fonaCAB International North West 200 in association with Nicholl Oils.

“The week-long event always provides great entertainment for the entire family and, as a family-oriented retail park, there is a natural synergy between both The Junction’s customers and the North West 200’s fans and visitors.’ Leona Barr, centre manager of The Junction said.

‘With it being the North West 200’s 90th anniversary, we have no doubt that the event organisers will put on a spectacular race week.”

The Junction is currently undergoing a £30 million redevelopment plan, since being bought by the Lotus Group in 2016. On completion, the retail destination will become Northern Ireland’s largest shopping and leisure destination. At present, The Junction houses over 30 stores, a range of restaurants and a 10 screen Omniplex cinema. On completion in 2020, the scheme will be redesigned with four distinct quarters; food and film, home retail, supermarket and shopping and leisure. These will include new retail units, two new drive-thrus, new cafés and restaurants, a new road infrastructure and a full landscaping plan.

‘We are delighted to have The Junction on board as a new race sponsor for 2019.’ NW200 Event Director, Mervyn Whyte, MBE, said.

‘The NW200 attracts visitors and media coverage from all over Northern Ireland and much further afield and this sponsorship can provide The Junction with maximum exposure during this major new investment period.’