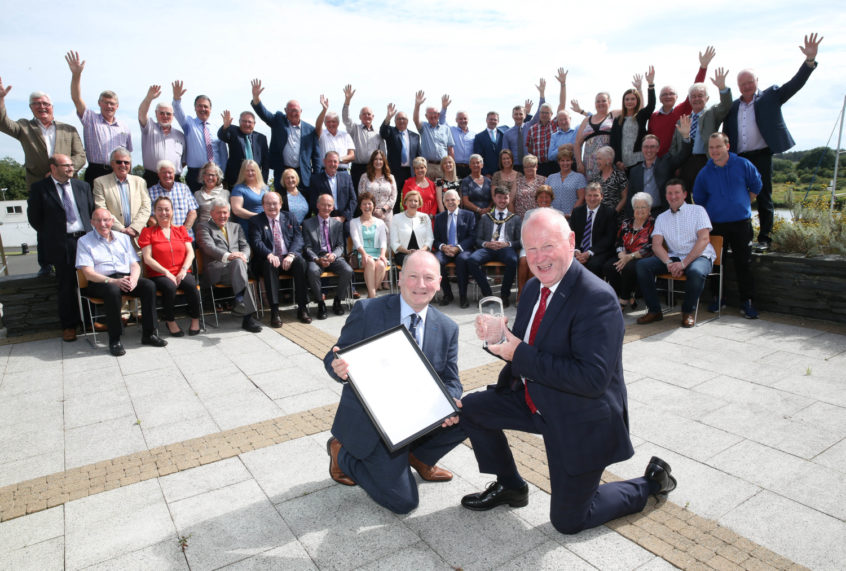 Alison Millar on behalf of the volunteers of the race this week.  “This is a great tribute to all the hard work that our army of over 800 volunteers at the International North West 200 carries out each year.”

Mervyn Whyte said.
“The event simply would not happen without their efforts and this is a fitting recognition of all they do and achieve.”

The special reception held at Causeway Coast and Glens Council offices, Coleraine was attended by almost 40 of the race volunteers including race marshals, members of the communications team, the course builders and race officials. Also in attendance were the Deputy Lord Lieutenants and Mayor of Causeway Coast and Glens, Cllr Sean Bateson.

“This is the highest form of civic recognition which can be granted to an organisation for the work of their volunteers.” Walter Rader, the Northern Ireland representative of the QAVS, said.
“Coleraine and District Motor Club can be justly proud as the award recognises the dedication, commitment and skills of volunteers who every day of the week invest their time to help deliver an outstanding international event.”
“This is a wonderful achievement by the International North West 200 and, in particular, their volunteers.” Tracey Meharg, Permanent Secretary of Department for Communities said.
“My department values the outstanding contribution made by the many thousands of people who invest in their community by volunteering their time, Knowledge and skills to support others. It is a tribute to the standard of volunteering here that the Award has been granted to organisation whose volunteers are making such a contribution to local communities and to civic society.”