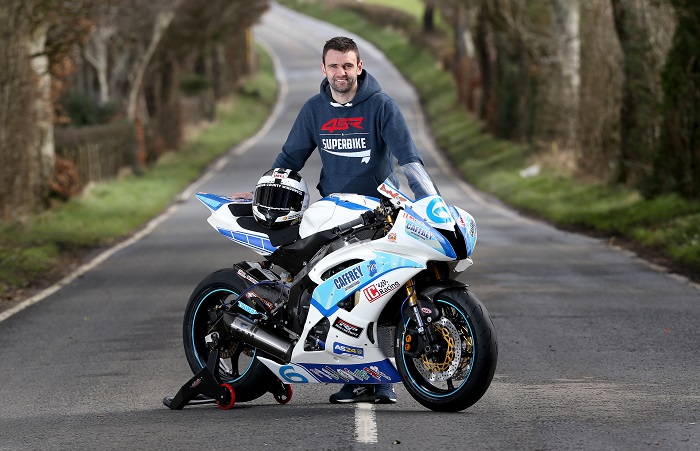 Former Supersport and Superbike Vauxhall International North West 200 race winner, William Dunlop has unveiled the new Caffrey liveried R6 Yamaha he will campaign at this year’s event on May 7-13.
The Ballymoney man will ride the new bike in both 600cc races at Portrush.
“I just want to get some testing done and get ready for the North West.” Dunlop, who won a Supersport race at the 2012 event, said.
“I know I won’t be too far away because my bike has got plenty of speed.”
The 31 year old struggled to find his groove after a last minute team change ahead of the 2016 event but he is fired up and ready for action this May.
“I have a bike that is as good as anyone else’s out there.” Dunlop says.
“I know Alastair Seeley will be hard to beat and there is always a surprise package on the day at the North West but I have a fast bike and I’m determined to put in a good performance.”
German Yamaha specialist, Marcus Eschenbacher, has built his R6 engine. With still no announcement about a 2017 superbike, it should offer the Ballymoney racer his best chance of success on the Triangle circuit in May. The 2014 superbike race victor will also face stern opposition from his brother, Michael, who will ride a similar machine in MD Racing colours.