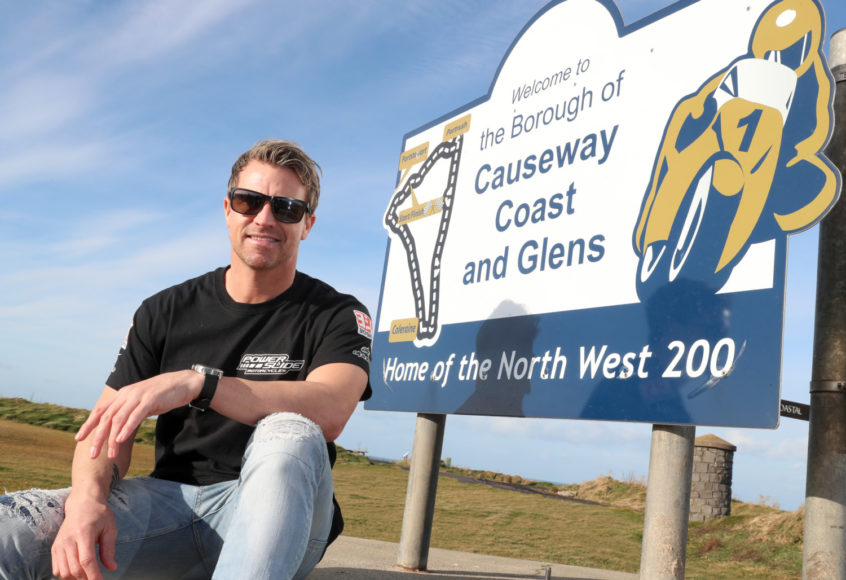 Former BSB star James Ellison headlined the list of ten newcomers who visited the north coast circuit today ahead of their debuts at the 2020 fonaCAB and Nicholl Oils North West 200.

The vastly experienced Ellison will make his first appearance on the famous 8.9 mile Triangle circuit that links the towns of Portrush, Portstewart and Coleraine after a career that has seen the 39 year old compete successfully in MotoGP, World Endurance, AMA and BSB competition.

“I have wanted to do the North West for many years.” Ellison explained.

“I wasn’t able to race there earlier in my career because I was tied up in other race series. This year I am committed to just the World Endurance series. When my friend and sponsor Brad Clarke told me he was entering the 2020 North West I said I would spanner for him. Brad asked why I wouldn’t come and race it myself and it escalated from there. And so here I am!”

The Englishman will join Clarke on a pair of GSXR 1000 Suzukis backed by Powerslide Motorcycles in the Superstock and Superbike races.

Ellison was one of ten riders from Northern Ireland Poland, England, France and the Republic of Ireland who joined NW200 Rider Liaison officer Steve Plater during two days of briefings and sighting laps on the north coast venue.

Ellison doesn’t expect to step on to the podium in his first year at Portrush but admits he has North West ambitions.

“I’ve talked to a lot of other riders like Richard Cooper and Peter Hickman who’ve raced the North West and I am excited to be racing there.” the former BSB championship runner up said.

“I am a smooth rider so it should suit my style. It doesn’t faze me that it is a roads circuit with trees and lampposts, it is still a race circuit with braking markers and apexes you have to make.”

“We get plenty of practice time and although I am not expecting to set the world on fire I want to do well and try to run at the front. I know how fast Glenn Irwin, Alastair Seeley and Peter Hickman are so there is plenty of competition and lots of people to beat if I want to get on the podium.”

“It looked like a very, very fast track when I eventually found it.” the 30 year old smiled.

Browne is replacing Dubliner Derek Sheils in the RK Racing Burrows squad in 2020. Alongside outings on a R6 Yamaha in the Supersport events, the Cork rider will face a major speed boost when he rides a GSXR1000 Suzuki in the Superbike and Superstock races during his North West debut.

“I have never ridden a 1000cc machine before.” Browne, who competed in his first TT last year, explained.

“There really is no comparison between the North West circuit and the TT or any of the Irish National circuits. It will be a whole new kettle of fish for me and I will be taking it step by step. There isn’t any pressure on me in my first year.”

Like Ellison, Browne felt it would be vital to get his braking markers right at the end of the flat out straights.

“That will be crucial coming into the chicanes which look tighter than I expected.” the Cork man said.

Local rider David Graham who took part in the two induction days. The Lisburn man has been racing for seven years and will compete in both Supertwin races on his Patch Racing SV650 Suzuki.

“I want to come to the North West and learn, not do anything stupid and qualify.” the 35 year old smiled.

“There are a few other boys in the races I’m in that I’ve raced against before so I will try to stick with them and have a dice.”

Polish racer Krystian Paluch will join Ellison on the North West grid on May 10-16 after four seasons of racing in Europe’s International Road Racing championship. The 38 year old has competed at Horice, Frohburg and Hengelo as well as the Manx Grand Prix on a 600cc Honda. He will ride the same machine in the Supersport races at Portrush.

“The circuit is easy to remember but very fast.” Paluch said after his first sighting lap of the 8.9 mile track.

“The North West 200 is the next level for me and I want to ride with the best road racers in the world and improve.”

American racer Chris Sarbora travelled all the way from Seattle for his first view of the North West circuit. The 34 year old raced the Manx Grand Prix in 2011 and 2018 and the TT in 2012.

“I was a mechanic for Sam West at last year’s Ulster and am keen to ride in an Irish road race.” Sarbora explained. He will ride a S1000RR BMW in the superbike and stocker races and a R6 Yamaha in the 600cc races.

With a dozen years of experience of racing short circuits in the States, the North West will be a novel experience for the Seattle man.

“I will be listening very carefully as Steve Plater takes us around for our first laps.” he smiled.

“We have another exciting group of international newcomers competing at the North West 200 this year.” Event Director, Mervyn Whyte said.

“Richard Cooper finished on the podium on his debut last season and a rider with the experience experienced James Ellison will grab plenty of attention on his debut. All of the riders will have plenty of track time before their first race and the local fans will provide plenty of support for this new adventure in their racing careers.” 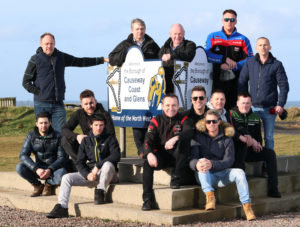