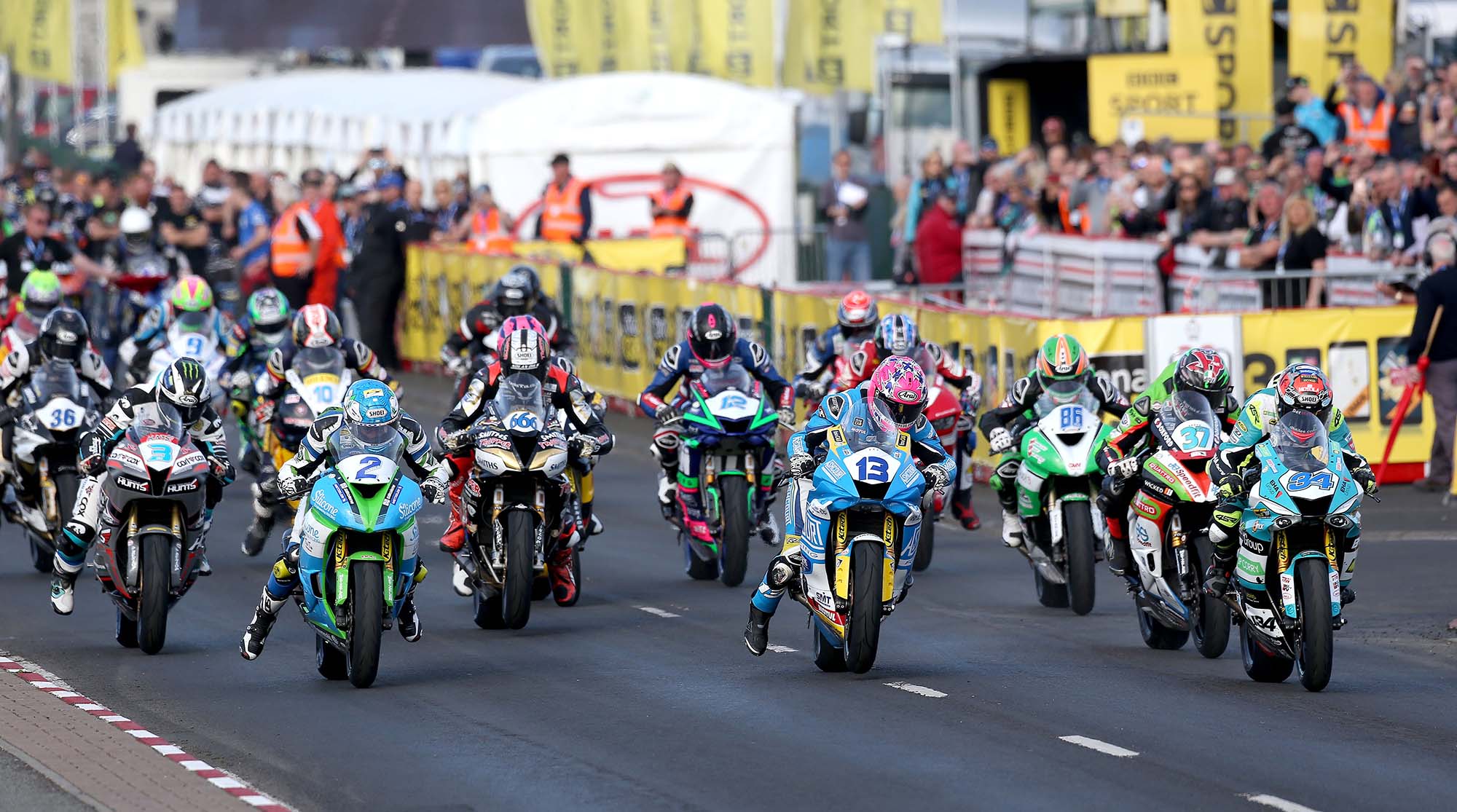 The International North West 200 is Ireland’s largest outdoor sporting event.  The first event’s organisers could not have imagined how the event would grow over the years. In 1964, the North West 200 event was handed over to the Coleraine & District Motor Club Ltd who continues to run the event today.

Iconically Homegrown…. Distinctly Northern Irish…. A Place Where Legends Are Made….

Originating in 1929, at a time when purpose built racing circuits did not exist, over the past 90 years the world famous North West 200 Motorcycle Road Race has continued to develop and gone on to produce many decades worth of iconic Northern Ireland racing heritage.

The subsequent rise in closed racing circuits was based around the conversion of disused or abandoned airfields, which due to their expansive nature produced a very distant and sterile viewing experience for race fans. In stark contrast to this format is the NW200 organised by Coleraine & District Motor Club, where visitors can fully immerse themselves in the colourful sights, sounds and smells of a contemporary motorcycle racing paddock.

Nestled within the coastal towns of Portrush, Portstewart and Coleraine, the relaxed access arrangements of the NW200 paddock allows visitors to experience close proximity to the world’s best racers, personalities and race teams, which is very different to the usual segregated & corporate world of modern sport, and is valued around the world as being unique to the Causeway Coast area of Northern Ireland.

Whilst the NW200 has always been something of a ‘pilgrimage’ for established race fans, in recent years the NW200 has massively broadened its appeal to attract different types of visitor from all around the world. The NW200 has a full Race Week Festival of racing, stunt shows, concerts, chat shows and firework displays. NW200 paddock is packed with the sights and sounds of the dozens of international race teams, competitor’s motor-homes, trade & merchandising outlets, food village, big screens and the impressive NW200 hospitality marquee.

The 2019 NW200, which runs from 12th-18th May, will be the 90th Anniversary event, where in addition to a world class programme of racing and themed events there will also be a host of nostalgic shows, parades & displays involving celebrities from the racing world.

C&DMC as organisers for the International North West 200 will present a varied programme of world class events, aimed at creating a truly memorable experience for its international visitors and participants. In celebration of the NW200’s 90th Anniversary, in addition to presenting world class motorcycle racing, the 2019 programme of events will also pay a fitting tribute to the nostalgic heritage of the NW200.