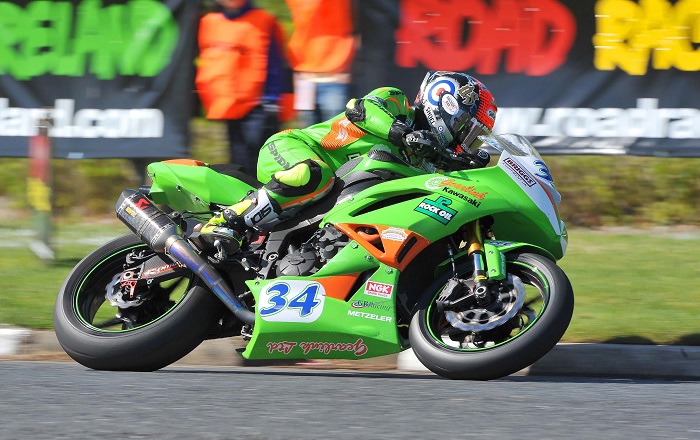 The Vauxhall International North West 200’s most successful rider, Alastair Seeley will be back at Portrush in 2017 with the Gear Link Kawasaki team that he won two races with last season.
The Carrickfergus rider overtook Robert Dunlop in the all-time standings after taking two wins on the Kawasaki team’s ZX6R at last year’s North West to give him 17 victories on the famous Triangle circuit.
“Everything I asked from the team in 2016 was given to me, the same again would be nice and repeat results would be awesome.” Seeley said as he announced the news.
“Whilst we realise the competition will be tough to beat, having Alastair back on board will give us our best chance to repeat the results from 2016.” Gear Link boss Michael de Bidaph said.
“The Gear Link team have been a big part of Alastair Seeley’s success at the Vauxhall International North West 200 and we are delighted that the partnership will be back in action at Portrush in May.” Event Director, Mervyn Whyte said.