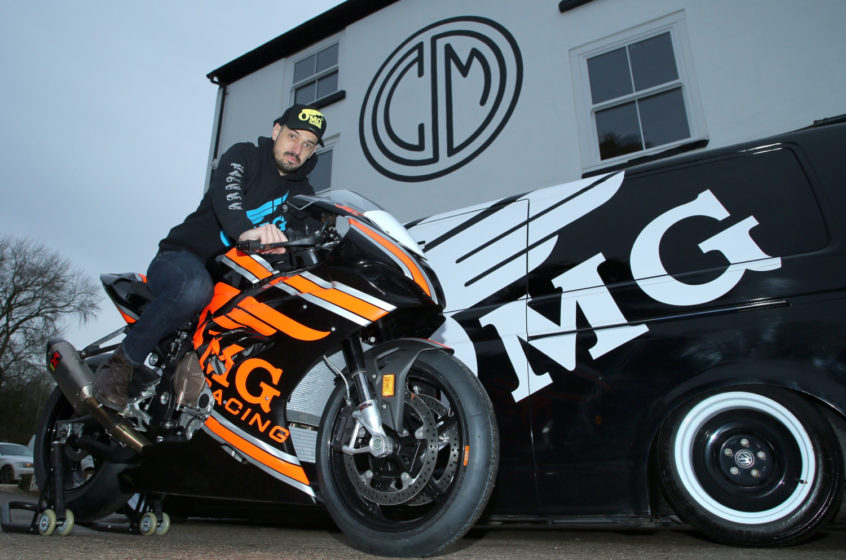 James Hillier, the Man of the Meeting at the 2019 fonaCAB & Nicholl Oils North West 200, will return to Portrush in 2020 with a new team and machinery next May 10-16 after joining the OMG Racing team.

The 34 year old, who has raced for the Quattro Plant Kawasaki squad for a decade, will spearhead the BSB squad’s roads’ debut around the famous 8.9 mile Triangle circuit aboard S1000RR BMWs in the Superbike and Superstock classes and a Yamaha R6 in the Supersport division.

‘OMG Racing are putting together a strong package around me.’ Hillier said.

‘I’ve had an affinity with Kawasaki for 14 years now and switching machines throws up its own challenges, but I’m really excited by it all. I’m really looking forward to a new chapter in my career for 2020 with OMG Racing and riding the new BMW S1000RR and Yamaha R6. I’ll be working with a crew chief I know very closely and with the team to develop the bike. It’s definitely the right time for me to make this move and I can’t wait to get started!’

Hillier will partner Australian David Johnson in the squad and will have his sights set on repeating his 2019 success at Portrush when he claimed his first big bike roads win in the 2019 CP Hire Superstock race. The Roundwood rider held off Kawasaki teammate Glenn Irwin to take the win after finishing second to the Carrick rider in the Anchor Bar Superbike race. A third rostrum finish in the Tides Restaurant 600cc race made the 2019 NW200 the most successful of Hillier’s career to date.

‘That wealth of experience paid off for him in 2019 with victory in the Superstock race and the Man of the Meeting award. Like James, the North West 200 is very grateful for all the support we have received from Pete Extance and his Quattro Plant Kawasaki team down the years. We are now looking forward to seeing James back on the NW200 grid aboard new machinery and he will be an important asset to the OMG team as they take on the challenge of road racing.’