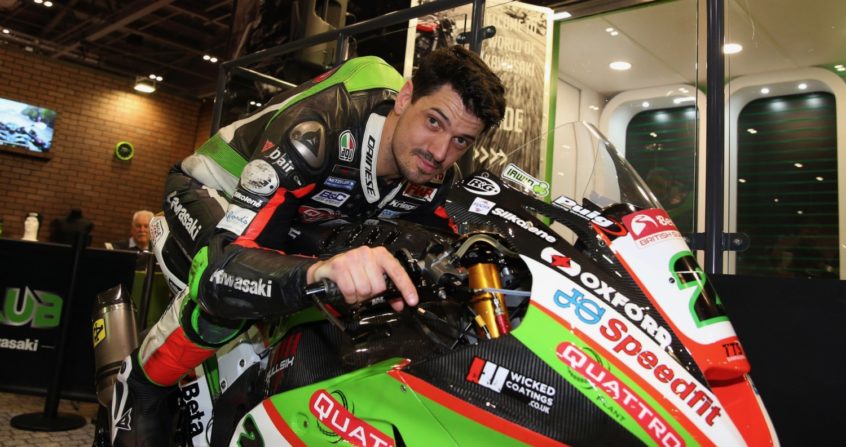 James Hillier will race as Glenn Irwin’s teammate in the Quattro Plant/Wicked Coatings squad at the 2019 International fonaCAB North West 200 in association with Nicholl Oils. It will be the tenth season in succession the Hampshire rider has ridden a ZX10RR Kawasaki in the team’s livery at Portrush since making his North West debut in 2010.

The 33 year old will compete in the Supersport, Superstock and Superbike races on May 12-18.

Hillier’s first success around the 8.9-mile Triangle circuit came in 2012 when he took a brilliant third in the opening Superstock race behind Michael Rutter and Alastair Seeley.

“I did the North West for the first time a couple of years after making my TT debut and it was different to what I was used to on the roads, especially the mass start and long, high speed straights, but it’s certainly an event that makes you feel alive!” Hillier said.

“Race craft is key at the North West and putting yourself in the right place at the right time on the last lap can decide your race. You need to be defensive but attacking at the same time and you have to ride clever.”

Although a victory has so far eluded the quietly spoken Hillier, he has added three more NW200 rostrums since 2012, including another third place in last year’s opening Supersport encounter. He has now racked up more than twenty top ten finishes, a hallmark of his racing in the last decade. Hillier is still seeking a race win.

“I’ve probably surprised myself in the past with some of the results I’ve taken at the North West 200 but when I look at the podiums and who I’ve been battling with, they’re certainly something to be proud of.’ he said.

‘The opposition’s always strong so they’re never easy to come by.”

Looking forward to May’s race week, Hillier knows he will have a battle on his hands.

“I’m used to riding a variety of bikes and there’s no reason why we can’t be strong in all of the classes.’ he said