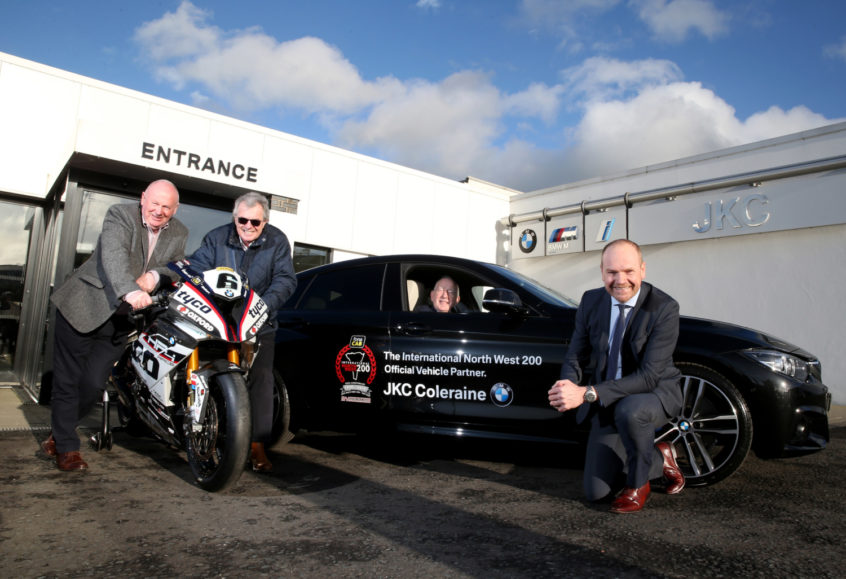 Coleraine based JKC BMW will be the Official Vehicle Partner of the 2019 fonaCAB International North West 200 in association with Nicholl Oils. The family owned business, founded 46 years ago by Jack Cassidy, will supply a range of BMW vehicles to the North Coast races.

‘The NW200 is delighted to have JKC BMW on board as our vehicle partner for 2019.’ Event Director Mervyn Whyte, MBE, said.

‘BMW are a premium car manufacturer and JKC is a leading local business and to have the support of both is a major boost for the NW200.’

Employing over 80 people across 2 retail outlets and workshops, JKC is a major employer in the area and is one of the top ten BMW retailers in the UK. The local dealership was also named BMW Customer Champion in 2016 and 2017.

‘As a well-established local family business, JKC BMW are delighted to be involved in the 2019 International NW200.’ Niall MacFlynn, JKC BMW’s Head of Business said.

‘The sporting image of the BMW brand will be a perfect fit in our role as Official Vehicle Partner, and we look forward to engaging with the thousands of motorsport enthusiasts that descend on the north coast over May 12-18 race week. In addition to showcasing the latest Motorsport cars on the track itself, we will have a number of new models on the NW200 fleet, helping the event run smoothly – and stylishly!”