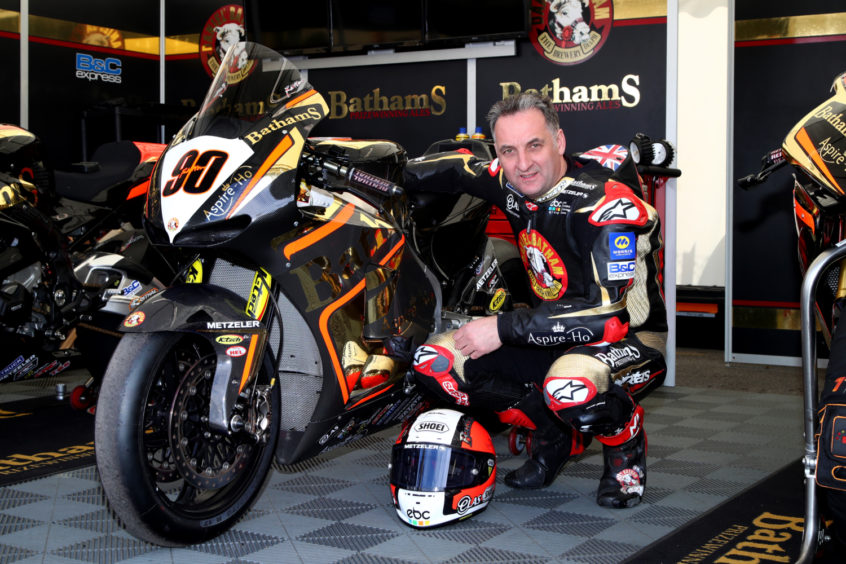 14 times NW200 winner, Michael Rutter, will run the No 90 plate on his Bathams/Aspire-Ho RCV213S Honda in both superbike races at the 2019 fonaCAB International North West 200 in association with Nicholl Oils on May 12-18 to mark the 90th anniversary of the North coast races.

Rutter, who made his debut on the 8.9 mile Triangle circuit in 1992, is the event’s third most successful rider behind Alastair Seeley (24) and Robert Dunlop (15).

‘It feels like I have been coming to the North West for 90 years!’ the 47 year old joked.

‘It is a great honour to be running the number 90 plate and brilliant for the event that we will be racing the RCV.’

Rutter’s appearance on the exotic £250,000 Honda that bristles with MotoGP spec technology is another major coup for the North West organisers who have pulled out all the stops to ensure there is a top class line-up of racers and machinery for this special anniversary year. The RCV will take it’s place on the grid alongside Alastair Seeley’s PBM/Be Wiser Ducati V4RR, John McGuinness on the Norton SG8, Glenn Irwin and Dean Harrison on the latest versions of the Quattro Plant and Silicone ZX10RRs plus Michael Dunlop and Peter Hickman on the new spec S1000RR BMW in Tyco and Smith’s Racing liveries.

‘The RCV is the best bike that I have ever ridden.’ Rutter said after testing the V4 at the recent Oulton Park BSB.

‘It is completely unlike anything else I’ve ever raced and I think it will have a real chance against all those other great bikes at the North West. Plus it will be great for the fans to see it in action because it has a unique look and sound.’

Rutter made his debut on the V4 Honda at last season’s Macau Grand Prix, finishing second to Peter Hickman in the Chinese street event. The veteran English rider will also race a Bathams/ Aspire-HO BMW S1000RR in both Superstock events at Portrush and a Ryan Farquhar built KMR Kawasaki ER6 in the Supertwins races.

‘There is no doubt that the North West is more competitive than ever and this promises to be a very interesting year.’ Rutter said.

‘I would love to get another win to add to my North West tally and winning the feature race on the RCV would be a dream come true but we will have to wait and see what happens.’