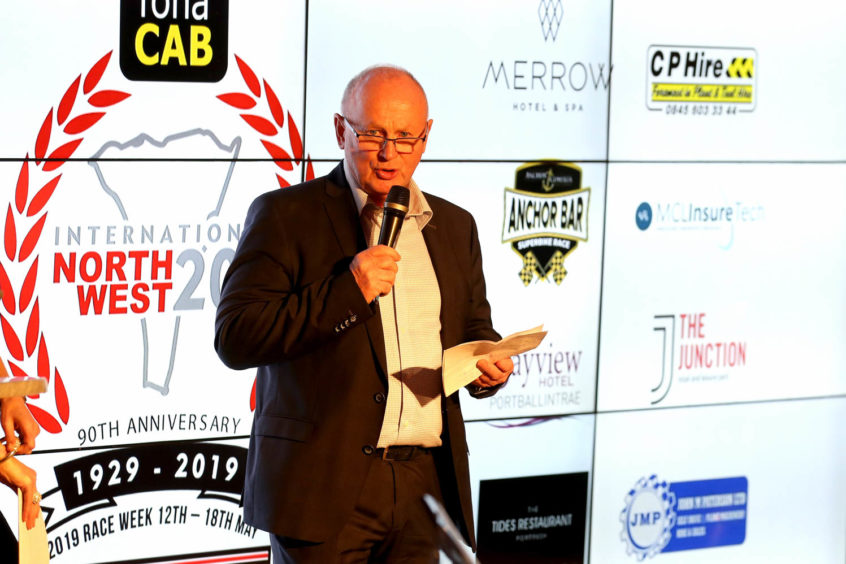 North West 200 Event Director, Mervyn Whyte, MBE, is stepping down from the role. Whyte has been at the helm of the north coast race for the past twenty years, Ireland’s largest outdoor sporting attraction.

“I had intended to retire at the end of 2019 but Coleraine and District Motor Club asked me to stay on for another season which I agreed to do.” Whyte explained.

“Sadly the Coronavirus outbreak saw the cancellation of this year’s event and I now feel, having recently celebrated my 70th birthday, that it is the right time for me to step aside.”

The Limavady man’s involvement with the North West 200 began in 1973 when he volunteered as a marshal and progressed through various posts including Race Secretary and Clerk of the Course. He became Event Director ahead of the 2001 meeting, receiving a MBE for his services to motorcycling in 2009 and the Freedom of the Borough in 2017 from Causeway Coast and Glens Borough Council.

“I have thoroughly enjoyed my time at the North West 200.” Whyte said.

“There have been so many exciting days as well as some sad ones. Along the way I have had the pleasure of working with a very committed and enthusiastic club, staff, a great management team and many fantastic sponsors, teams and riders. To ensure the smooth transition of responsibilities, I will continue to provide support with regard to sponsors, teams and riders in a consultative role.”

“Mervyn has given almost 50 years service to the North West 200 and has provided superb leadership over the past two decades as Event Director.” Club Chairman, John Bolton, said.

“The Coleraine and District Motor Club and Northern Ireland motorcycle sport as a whole owes him enormous gratitude for all of his efforts and we wish Mervyn well for the future as the club committee begins the process of finding a new Event Director.”