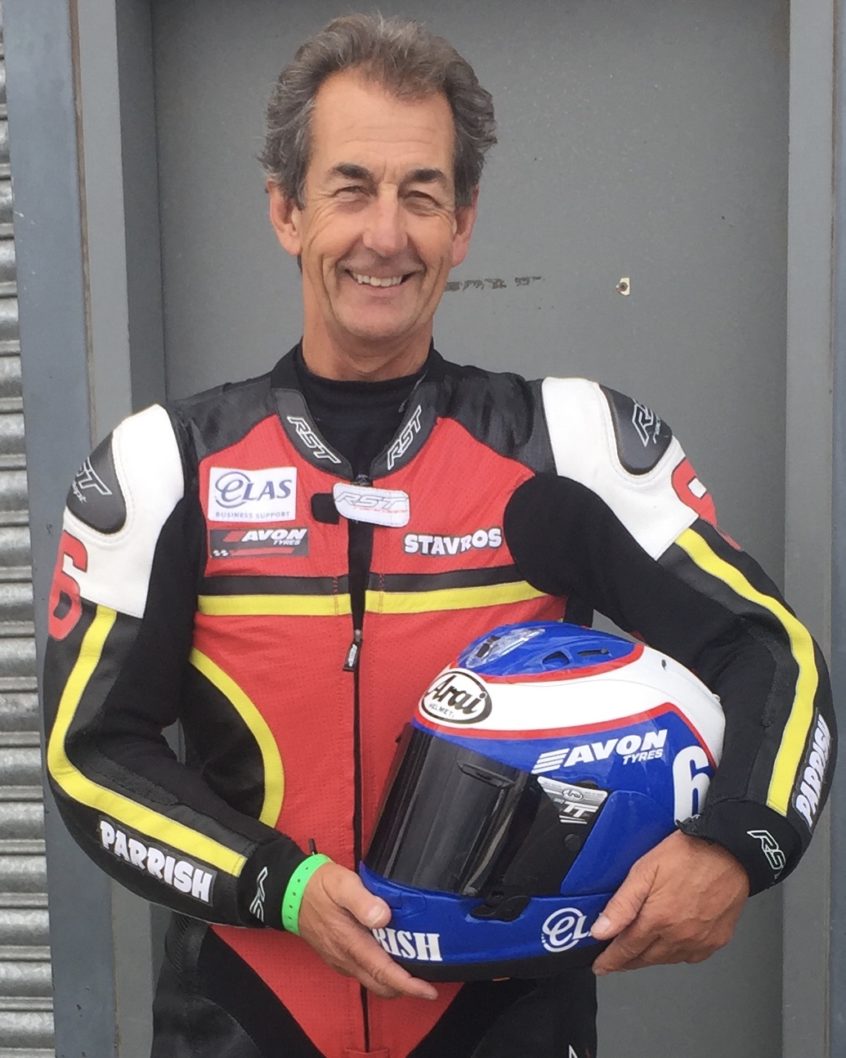 BBC commentator, ex motorcycle and truck racer and eternal practical joker, Steve Parrish, is bringing his brilliant and highly successful MAD Tour (My Adolescent Dad) to the 2018 Vauxhall International North West 200. The show will take place in the main marquee in the paddock at 7.30pm on Wednesday 16 May.

Enjoy a great night of humour and fun as Steve (Stavros) Parrish recounts his life and times in motorcycle racing in a colourful and at times daring portrayal of his career. It is an evening both men and women will enjoy!

Don’t miss out on being in the company of one of the most entertaining in motorsport!

Parrish holds the Guinness Book of Records world record for the “Fastest Speed Achieved in Reverse” (105mph) using a Caterham car and co-authored the story of motorcycling legend, Barry Sheene with Nick Harris.

Tickets for the Steve Parrish MAD Tour on Wednesday 16th May cost £12 each and be purchased via TicketSource.

For more details on the MAD Tour check out www.madtour.co.uk

For more information about Steve take a look at his web site www.steveparrishracing.com