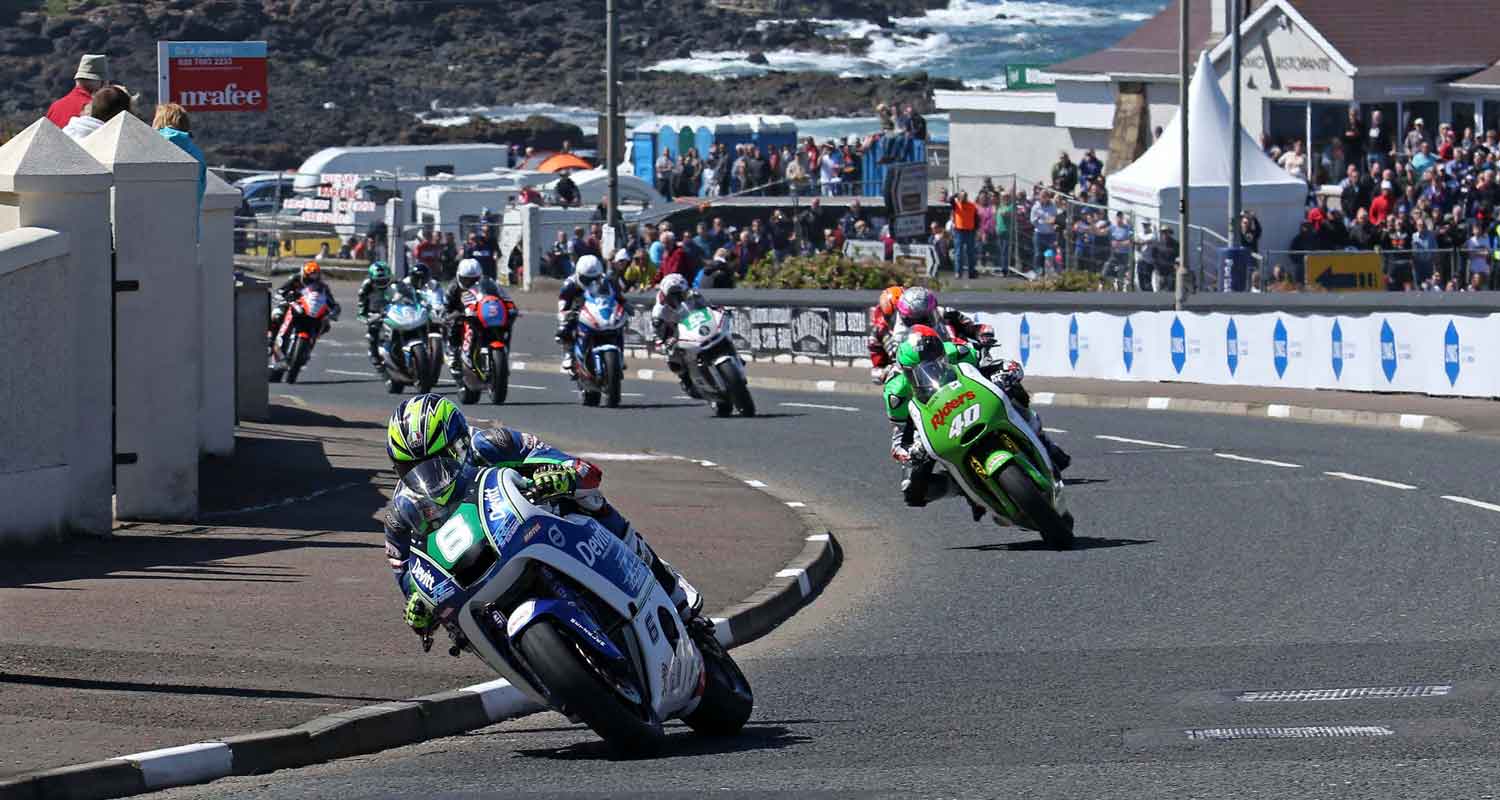 Supertwins are four stroke twin cylinder machines originally sold for road use with a water cooled engine of up to 650cc. A number of changes and modifications are permitted to the frame, swing arm, suspension, exhaust, brakes etc as deemed in the technical regulations.

This class was first introduced to the North West at the 2012 event and proved extremely popular as it gained a very strong entry. The KMR Team proudly claimed the top 3 positions on the podium, Ryan Farquhar in first, Michael Rutter in Second and newcomer Jeremy McWilliams in third.

For 2017 two Supertwin races are scheduled, the first on Thursday evening and second during Saturday race day.